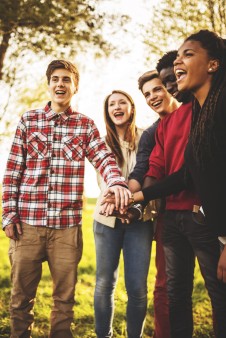 Once adolescents are diagnosed with HIV, health care providers face a race against the clock to get them into care for the virus before they fall through the cracks. Engaging them quickly increases the likelihood that they will remain in care.

Researchers analyzed data from 15 clinics in 13 cities throughout the United States and Puerto Rico. In 2010, the clinics put in place a program called SMILE, created to better engage adolescents with HIV in care for the virus.

Eighteen hundred adolescents newly diagnosed with HIV, who had an average age of 21, were referred to the SMILE program during a 32-month period. Seventy percent of them were linked to care, meaning they had an HIV-related medical appointment within six weeks of receiving a referral following their diagnosis. Of that group, 89 percent were defined as engaged in care, meaning they had a second medical visit within 16 weeks of the first.

“Adolescent clinics need to have a plan to monitor transition success and have a fallback plan if it is not initially successful,” says Morgan Philbin, PhD, MHS, an assistant professorin the department of sociomedical sciences atColumbia University’s Mailman School of Public Health and the study’s lead author.