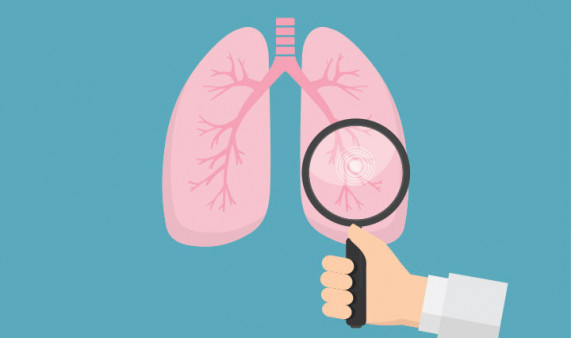 People with the chronic inflammatory lung disease are about two times more likely to have a heart attack.

Chronic obstructive pulmonary disease (COPD), a chronic inflammatory lung disease in which airflow from the lungs is obstructed, is associated with about a doubled risk of heart attack, or myocardial infarction (MI), among people living with HIV, according to a recent study.

Compared with those who don’t have the virus, people with HIV are at higher risk for COPD. Among HIV-negative individuals, COPD is a known risk factor for cardiovascular disease, including heart attack. Whether COPD has a similar association among HIV-positive individuals has remained cloudy.

To investigate this potential association, researchers analyzed data on 22,596 HIV-positive members of an ongoing cohort study. At the study period’s outset, the 895 participants with COPD were more likely to have smoked compared with the others. Another 451 study members were diagnosed with the condition during a median follow-up period of six years.

A total of 704 study participants had heart attacks. After adjusting the data to account for various differences between the cohort members, including smoking and the duration of the habit, the study authors found that COPD was associated with a 2.08-fold higher risk of heart attack.

“Smoking cessation is certainly important to improve health and decrease the risk of both COPD and MI,” says the study’s lead author, Kristina Crothers, MD, a professor of medicine at the University of Washington in Seattle. “Whether improved control of COPD might help decrease the risk for MIs is not known. [People with HIV] who have chronic respiratory symptoms, such as shortness of breath, cough or phlegm, especially if they have been smokers, should be evaluated for COPD.”