Researchers have uncovered a new class of proteins, found in coral reefs, that can block HIV from entering immune cells. The hope is that these natural elements might one day be used as an active agent in a microbicide.

Investigators combed through thousands of potential agents in the National Cancer Institute’s (NCI) massive extract repository and honed their sites on proteins found in cnidarians—a phylum of animals including jellyfish, corals and anemones—that were extracted from coral off the northern coast of Australia.

Testing the proteins against laboratory strains of HIV, the researchers found that cnidarians were highly potent, blocking HIV at minuscule concentrations—one-billionth of a gram. They worked by binding to the virus and preventing it from fusing with the CD4 membrane.

The next trick is to manufacture cnidarian proteins. “You can’t go stripping the coral reefs of this,” says researcher Barry O’Keef, PhD, an associate scientist at the Center for Cancer Research at the NCI. So his lab is attempting to genetically manipulate both E. coli and tobacco into producing the protein. 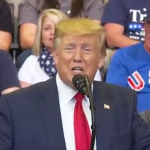 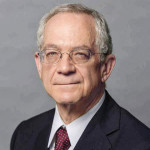