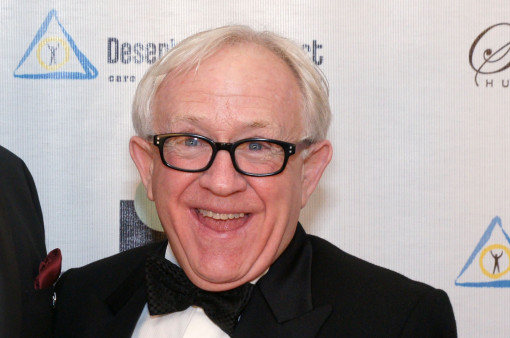 The beloved Emmy-winning actor, singer and comedian Leslie Jordan, perhaps best known for playing Beverley Leslie on TV’s Will & Grace, died unexpectedly in a car crash October 24 at age 67. Since then, Jordan’s trademark Southern drawl and energetic banter have become ubiquitous as fans and colleagues post memorials, interviews and favorite clips—and there’s a lot to choose from, as his career spanned several decades and included advocacy for the HIV and LGBTQ communities.

Among the hilarity and entertainment Jordan brought into the world, he championed LGBTQ equality, simply by being an unapologetically open gay man and sharing his journey from self-loathing, religious-based shame to acceptance.

He also spoke frankly about his struggles with alcoholism and addiction. And he supported HIV and AIDS causes by volunteering at nonprofits, raising awareness and lending his star wattage to numerous fundraisers—for example, by serving as the grand marshal and host of the 30th annual Nashville AIDS Walk in 2021.

In the early days of the AIDS epidemic, before lifesaving meds became available, Jordan was living in Los Angeles, a city whose gay community was devastated by HIV. At the time, he volunteered at Project Angel Food, delivering food to people who were homebound due to AIDS. “Leslie was more than just a supporter of Project Angel Food—he was family,” the organization’s CEO told the Washington Blade recently. “When Leslie first moved to LA in the ’90s, he wanted to help people with AIDS, so he volunteered as a driver for Project Angel Food. Leslie presented Project Angel Food with the West Hollywood Chamber of Commerce’s Creative Business Award in 2019 and was such a joy to be around. Our hearts ache [at his passing].”

Jordan himself recounts that period of his life and how HIV affected his generation, in a 2017 HuffPost interview with Jamie Davis. The following anecdote from the interview captures Jordan’s trademark storytelling flair:

“And I think we realized [early in the epidemic that] as a community we have to take care of our own. I was around for the beginning, you know, PLA [people living with AIDS], buddy systems, this and that, and you know I was fired from Project Angel as a volunteer because I couldn’t get the food there because…some of these people…I had four meals I had to deliver, and I was supposed to deliver it and keep moving, but I was the only person they saw.

“Sometimes I would sit and I would talk, and they’d say, ‘They’re not getting their food until 4!’ so they let me go from that, and I’ll tell this story really fast, there was a lady named Cassandra Christianson who in 1983 or 4…2, 3, or 4…was walking through Miami airport and bumped into Mother Teresa…literally bumped into her and she said, … ‘Oh, Mother Teresa, I’m a groupie…you don’t know what a groupie is, but rock stars have groupies. I’m a Mother Teresa groupie. And I’m a transition nurse with cancer patients and I’ve studied with Dr. Elizabeth Kubler-Ross, On Death and Dying…and we all try to keep people alive, but how do you allow sometime to die and die with dignity?’ And Mother Teresa said to her, ‘Have you heard of AIDS?’ And Cassandra said, ‘Well, my thrust is cancer.’ And the woman said, ‘Well, we’re going to need a lot of work in this arena.’

“And she came back, and she started this organization called Project Night Light, and I was one of the 12 founding members. It was me and this wonderful actor named Dan Butler who’s used all of this in a one person show…made a fortune…[Laughs.]…but anyway, he and I, Dan Butler, he was on Frasier, and he’s gay, but he played a straight man…he played Bulldog, the sports commentator, so he would go to big gay events, saying, ‘I’m not a straight man, but I play one on TV!’ with a big sign. But anyway, Dan Butler…and we jumped in. And that’s when we started combing the halls [of hospitals and AIDS wards] with banana popsicles [to offer to folks with dry throats, a common problem for many] and sitting with people. And you know, I’ve personally held 18 men in my arms…that had no family, no friends there when they drew their last breath on the earth… ‘Oh, can I go home now?’”

Two weeks before he died, Jordan was interviewed for CBS Mornings regarding his new gospel album (he was also a singer) and the unexpected following he gained during the COVID-19 pandemic by posting witty snippets and stories on Instagram. That CBS interview is below:

In one of his last Instagram posts, dated October 24, Jordan joined Nashville songwriter/producer Danny Myrick for what he titled “Sunday Mornin’ Hymn Singin’” in which he sings the gospel tune “When the Roll Is Called Up Yonder.”