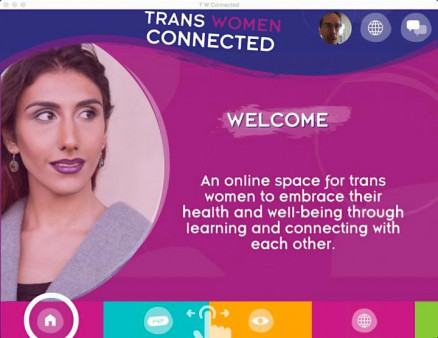 Portland State University researchers are partnering with transgender women throughout the process.

Researchers are working with the tech start-up dfusion to design an app for transgender women that offers sexual health messaging, HIV prevention and a sense of community, according to a press release from Portland State University, where the two researchers work.

Titled Trans Women Connected, the app is being developed thanks to a $1.4 million  Small Business Innovation Research grant awarded to dfusion by the National Institute on Minority Health and Health Disparities; about $280,000 of the grant goes to the university’s work on the app.

Such an app is needed because transgender women face not only high HIV rates but also employment discrimination, transphobia, financial hardships and other challenges that influence sexual health risks.

One of the benefits of the app, according to the press release, is that it connects women with a community of other transgender women and allows them to share information—for example, on finding health care providers.

“It’s not just about HIV,” said Charles Klein, PhD, an associate professor at Portland State University helping design the app. “It’s about a healthy lifestyle, sex and relationships and how do we support and deal with that. Let’s meet people where they are and in the words and technology they use to see if that can be successful.”

“We are focusing on the resourcefulness and resilience that transgender women possess despite their difficult life situations,” added coresearcher Christina Sun, PhD. “Another strength is our partnership with transgender women throughout the entire process.”

Researchers are in the second phase of the project. They said it will take about a year to develop the app, which will then be tested through a randomized controlled trial.