Maunank Shah, MD, PhD, is building a mobile version of HIV-ASSIST thanks to a Campbell Foundation grant.

As people with HIV are increasingly being treated by primary care physicians instead of HIV specialists, it’s important that these general health care providers familiarize themselves with antiretrovirals so they can prescribe the best HIV treatment.

Deciding which treatment is best for an individual patient could one day be as simple as using a mobile app. That’s the hope of Maunank Shah, MD, PhD, who is developing such an app thanks to an $85,000 grant from the Campbell Foundation. 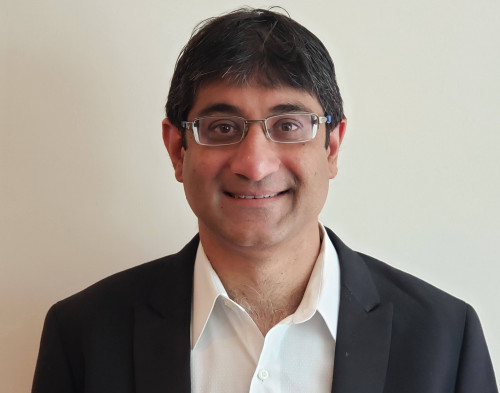 Shah, an associate professor in the Division of Infectious Diseases at Johns Hopkins School of Medicine, has already developed an online interactive database that helps providers choose the best regimens for their patients. The HIV-ASSIST (HIV Antiretroviral Selection Support and Interactive Search Tool) website uses algorithms to evaluate over 2,000 potential regimens consisting of two-, three- or four-drug combos. The new app would be a mobile version of HIVAssist.com.

“This freely available, validated, online tool revolutionizes the ability of physicians, nurse practitioners and other providers to customize care for patients living with HIV,” Shah said in a Campbell Foundation press release. “Because HIV care is increasingly being provided by primary care physicians who are not specifically trained in caring for those with HIV, having a tool like this available can help to ensure that providers are aware of the latest treatment options available for their patients.”

It’s important that people with HIV start treatment because without it, the virus continues to reproduce in the body and damage the immune system, which can lead to life-threatening illnesses. What’s more, when taken daily, HIV meds can suppress the virus so it becomes undetectable, at which point it cannot be transmitted through sex, a fact referred to as Undetectable Equals Untransmittable, or U=U.

To learn more about meds, see Starting HIV Treatment in the POZ Basics. You can also learn about the various approved and experimental antiretrovirals in HIV Medications, a section that also includes a printable version of the POZ Drug Chart.

Based in Fort Lauderdale, The Campbell Foundation has funded nontraditional laboratory-based HIV research since 1995. The grant for a mobile app is a bit of a departure for the organization.

“The Campbell Foundation historically has funded research to discover better treatments for those living with HIV/AIDS, explained Bill Venuti, the group’s trustee. “While this grant request was out of our traditional wheelhouse, our peer review board believed this project has exciting implications not only for health care providers but also for those living with HIV/AIDS.”

To read about other recent grants from the foundation, see  “Exploring New Ways to Prevent HIV and STIs in Women,” “Identifying People With HIV at Higher Risk of Heart Disease and Stroke” and “Can a Single Vaccine Injection Functionally Cure HIV?”

In related news, this year marks 40 years since the first published report of what became known as AIDS. Treatment has come a long way since the first med was approved in 1987. For a look back—and at advances to come—see “HIV Treatment: 40 Years of Innovation.”