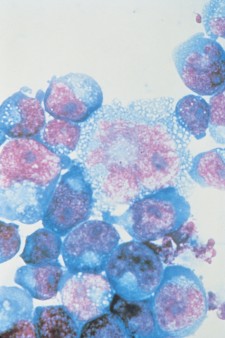 Researchers have used the cutting-edge CRISPR/Cas9 gene-editing technology to identify five potential targets for HIV treatments, including three that are new discoveries.

Because these targets are all relatively stable human genes, treatments that went after them would probably be less likely to give rise to drug resistance than existing antiretrovirals (ARVs). Today’s standard HIV treatments typically attack viral proteins, which can become shape-shifting targets as the virus rapidly mutates.

Researchers used CRISPR to screen a cell line taken from human CD4 cells, which HIV infects. They found five human genes that when switched off protected the CD4 cells from infection with the virus without affecting the cells’ survival.

The researchers also found two enzymes, known as TPST2 and SLC35B2, that modify the CCR5 coreceptor in order to facilitate the virus’s effort to bind to it. The new gene they identified, called ALCAM, helps CD4 cells stick to one another, which aids in the transmission of HIV from cell to cell.

The corresponding study’s author, Bruce Walker, MD, is the director of the Ragon Institute, which is affiliated with Harvard and the Massachusetts Institute of Technology. He says his findings set the stage for further research into whether these genes will prove good targets for future immune-based treatments and potential cures for HIV. Such immunotherapy would boost the immune system’s ability to fight the virus.

Referring to “killer” immune cells known as cytotoxic T lymphocytes (CTL), Walker says, “We are now working on gene editing of CTL to make them more effective, including enhancing their ability to traffic to sites of residual virus” in people on standard HIV treatment.