Scientists have used the cutting-edge CRISPR/Cas9 gene-editing method to snip out a key fragment of HIV’s genetic code from the cells of live rodents. The researchers, some of whom apparently stand to profit financially from a future commercialization of this method, used a viral vector delivery system to transmit the gene-editing system into HIV-infected cells of mice and rats that had been genetically engineered to have virus incorporated into various types of cells throughout their bodies. (This HIV could not replicate, however.) The same researchers reported in March that they had successfully edited HIV DNA out of HIV-infected human cells in a laboratory setting. Shortly after that paper was published, another research team put out a paper showing that HIV could become resistant to CRISPR/Cas9 gene editing, leading researchers to theorize that a multipronged gene-editing approach would be necessary to prevent such resistance. 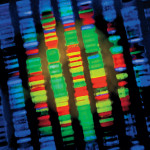