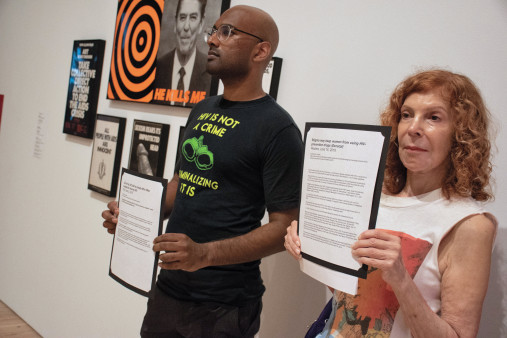 Some visitors to the Whitney Museum of American Art in New York this summer got an unexpected eyeful: members of AIDS activist group ACT UP protesting two AIDS-related shows.

The protesters targeted History Keeps Me Awake at Night, an exhibition of artwork by David Wojnarowicz, a former member of ACT UP who died of AIDS complications in 1992 at age 37. The museum describes Wojnarowicz as a “queer” artist whose subject was “the outsider” and whose work—spanning film, photography, painting and more—often directly addressed the AIDS epidemic. ACT UP also protested the show An Incomplete History of Protest, which features protest art spanning the 1940s to 2017, including a room devoted to HIV/AIDS-themed videos, posters, artworks and more.

So what’s the problem? Protesters say the exhibitions historicize the epidemic. In other words, they fail to connect their subject matter to today’s epidemic and they keep relevant, contextual information from viewers. According to an ACT UP (AIDS Coalition to Unleash Power) statement, its members also hoped to draw attention to the lack of education and funding in the fight against today’s epidemic. To make their point, protesters stood next to specific works of art and held up contemporary news articles about HIV; these articles were laid out to resemble the museum labels that identify artworks on display.

The Whitney responded that it did in fact include information about the current crisis in related programing and talks. “We completely agree that the AIDS crisis is not history,” its statement read.

ACT UP explains that its art protests “are fundamentally about what has been described as ‘dangerous complacency’ by numerous HIV experts. We use instances of complicity to call attention to the complicity of society in general. Any article about this action that does not primarily focus on how serious the HIV crisis continues to be, however well-intentioned, reproduces the Whitney’s error in judgment.” 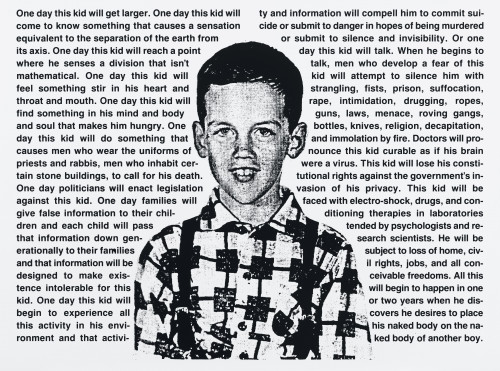 David Wojnarowicz: "Untitled (One Day This Kid...)Courtey of The Whitney Museum of American Art 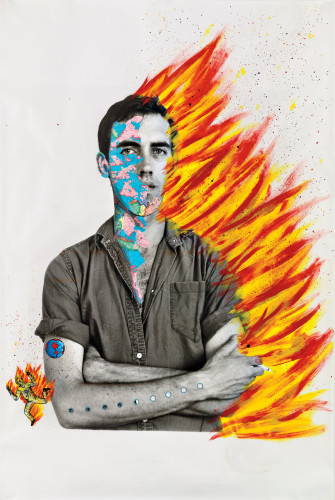 David Wojnarowicz: “Self-Portrait”Courtey of The Whitney Museum of American Art 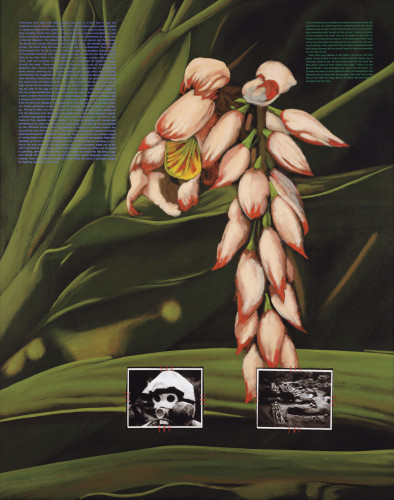