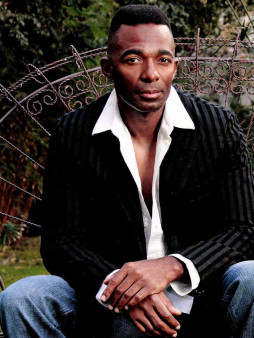 Darren James was on top of the adult film industry before unintentionally infecting female costars with HIV. He’s kept silent in the media storm aftermath—until now.

From the moment he was aware of his HIV-positive status, James stopped working. He did not spread the virus knowingly. Coworkers and directors affirm that he was one of “the nicest guys working in the business,” someone who always respected the women he worked with. And yet, the women to whom he passed the virus waged an angry campaign in the media that drove James underground. Four years later, James is ready to tell his side of the story—not to refute accusations or point fingers at the porn industry, but rather, to hopefully help others, especially those making adult films, stay safe and HIV free.

Tell us about your background.
I was born in Detroit in 1964. I grew up a poor kid in the projects. I loved to build RC [radio controlled] models. That was my thing (and still is), and I also liked to play guitar. I had an older brother named James—that’s where I got my stage name—who I really looked up to, and he looked out for me. After high school, I joined the military and went off to conquer the world. I spent seven years in active duty in the Navy and decided that I wanted to go into law enforcement. I studied and tried really hard but ultimately wasn’t successful. I ended up in L.A. and was homeless until somebody turned me on to a modeling agency that was looking for nude models. It wasn’t modeling as such; it was more modeling in action, if you know what I mean. 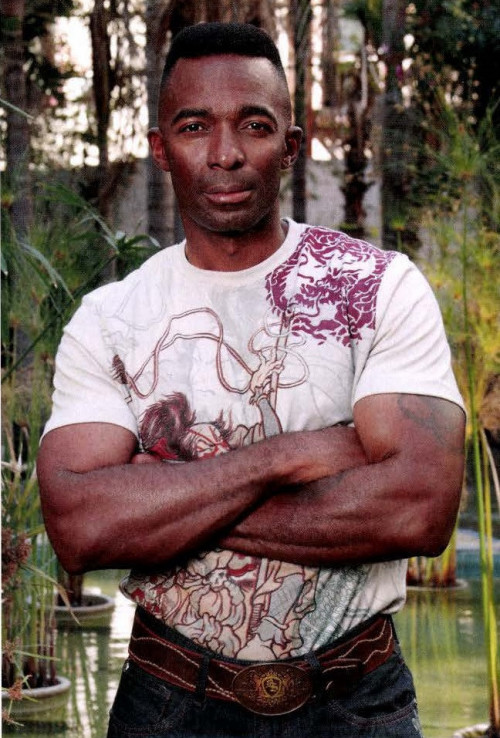 Most guys I meet are like “wow” when they find out what I did for a living. They say stuff like, “Dude, you’re the man, you’re living my dream!” and for a while I guess I was. Sex with beautiful women (sometimes two and three at a time), money, glitz, glamour, parties, cars, travel. It was one big rush.

Surely some fans must acknowledge you on the street?
I never really thought of myself as having fans, but I guess there are a few people out there who sort of, well, appreciated my work. When people recognize me, they usually have this intent expression on their faces as if they are trying to remember where they saw me last, and then it suddenly dawns on them. They’re either like, “Hey it’s you! That guy!” or they say, “What’s up buddy?” and then they shake my hand, or sometimes they just shoot me a wink or give me a nod up. Sometimes I end up giving sexual and romance advice to guys who want to spice it up for their ladies.

It’s funny, but women who recognize me are sometimes pretty aggressive—even when they’re with their partners. Others are really shy once they realize where it is they know me from. You’d be pretty surprised, just as I was, at some of the people I’ve encountered who have watched my films. Some of them have been pretty influential. It just goes to show you that we are all sexual beings with desires and fantasies yet to be explored.

Your reputation for treating women with emotional and physical sensitivity on and off set precedes you…
I have always loved women in general. Everything about them. I always respected them during scenes. I suppose that’s why it was so easy to fall into this work in the first place. I’ve been privileged to have had some pretty amazing women in my life at various times (some were actresses and some just friends), and I appreciated every single one of them.

Working in adult films, were you concerned about getting HIV?
We always thought being tested was our safety net. Even though there’s a lot of information out there about the disease, a lot of actors gauge their risk based on pre-existing beliefs and values. Some guys, and even me to some extent, were like, “I only do chicks.”

This gave us some sort of comfort—even though the activities may have been just as risky. I think it briefly crossed my mind at times—but it was a fleeting thought. After while you start to feel invincible. Just like most people, you never think it’s going to happen to you.

Were you surprised to discover that you were HIV positive?
Hell yes! I thought I had been doing everything right. As some of my peers who worked with me over the years will tell you, I was one of the more health-conscious actors out there.

I rarely drank, I didn’t get high, and I took care of my body. I worked out and tried to eat well. I got regular medical checkups and tried to live a fairly normal life considering the work that I was involved in. I had an apartment, a dog that I loved, some fish and a few hobbies. I was just a regular guy.

How did you feel when you were diagnosed?
I was devastated. It was like a huge kick in the gut. In an instant, everything in my life was turned upside down. One moment I was working and happy—at the height of my game—and in the next, I was unemployable, my name was all over the news, and instantly I was an outcast.

Did you tell anyone?
My friends and family found out from the media before I had a chance to tell them. They were horrified and shocked. I felt ashamed and bad for bringing them into this.

The women you infected were angry, and they vilified you in the press. Why didn’t you tell your side of the story then?
I apologized to the women. Part of the reason I didn’t come forward is because I was in a state of shock. It was like a tidal wave came crashing down around me. Everything was happening so fast, and the entire situation was out of control. The same night they gave me the confirmatory results, I was all over the Internet and CNN and CBS. It was crazy. It was like I was tried, convicted and hung before I even knew all the facts myself about everything that happened. I had so many people pointing fingers at me, people calling saying crazy stuff. The media wanted to rake me over the coals. My life was threatened, and beyond that, I hadn’t even had a chance to come to terms with the fact that I had just tested positive and this disease was going to irrevocably change every aspect of my life as I knew it.

At the time, I didn’t see much light at the end of the tunnel. In fact, in those first hours I didn’t see anything but blackness and hopelessness. A few friends tried to reach out to me but…. [Pause.] I’m sorry, I really haven’t talked much about this period of time. I felt like I had no other options than to check out, and basically that’s what I tried to do. For whatever reason, I wasn’t successful.

What made you decide to come forward now?
There are a lot of reasons, but the main one is the hope that in some small but significant way I will help somebody else.

My story has a prevention angle too. There are a lot of guys out there (and women—even women in the HIV community) who think that men can’t get HIV from sex with a woman. There is so much stigma about that. A lot of positive women don’t want to believe you when you tell them you got it from a female. While I know the risks are greater for the receptive partner in any relationship, I am living proof that straight guys get HIV too. It’s all about the activity and the fluids involved.

Many heterosexual guys with HIV experience a double stigma, which is different from that of our gay and female counterparts. Not only do you have HIV (big stigma there), but everyone you run into, even people within the positive community (even those who profess to be knowledgeable about transmission), will insist you must have gotten it some other way. They might not say it to your face, but they’re usually thinking it. That part about living with this disease as a heterosexual guy really sucks.

Given the nature of the adult film industry, do you feel that you had an obligation to educate yourself better about the risks?
In this industry, getting HIV is a risk. No one in this industry can guarantee you safety from harm—if they do, they’re lying. There are things that can be done to reduce risks to the performers, but frankly few people want to make the necessary changes.

The system is flawed. It’s only a matter of time before it happens again. What are people going to do? Get a really expensive, super-sensitive viral load test at their own expense an hour before every shoot? Some actors work three, four, five times a week. That’s not very realistic.

So who should be responsible when something happens?
There’s a lot of discussion lately about requiring the use of condoms in the industry. It will be interesting to see how that all pans out. I have my own feelings about the issue, but I also understand all too well how the other side thinks and how (condom use) will impact the industry’s bottom line.

I hope that opening up will shed some light on the realities of the work and what the potential hazards are. It’s more than just HIV; there’s a lot of other STDs out there, and the rates of those are increasing dramatically. There are some really good actors and actresses who don’t mind using condoms, but they are not really free to speak out. If they do, they might not get work. I can be a voice for them.

How does it feel to speak about this after four years of silence?
Choosing to talk about it was hard. It is not always pleasant opening up old wounds, and some of the feelings about it had been blocked out for some time. But in the end I know that this is the right thing to do. Like I said before, if I can help somebody else, that’s great.

Tell me about what you see in your future.
I would like to get a Harley, put my dog on the front with some goggles and a bandana, and just ride. Ha ha! You know, be a vagabond and travel the world. Get more tattoos! Maybe be with a special woman along the way.

Are you dating?
A lot of the HIV-positive women I’ve met have had some issue with the fact that I used to do films, or don’t have confidence in themselves as sexy, beautiful women. Somehow this HIV thing has damaged them emotionally. They compare themselves to the women in the films. To a guy who has had everything, absolute physical perfection is just not all that attractive. I like a woman who looks and smells and feels like a real woman.