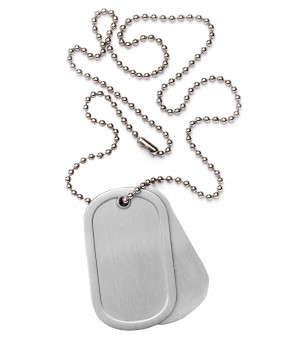 Those with undetectable HIV can deploy.

Service members living with HIV whose viral load is undetectable can continue to serve and are deployable, according to an updated policy spelled out in a Department of Defense (DoD) memo, reported Military Times.

The new policy also prevents commanders from involuntarily separating military service members living with HIV from other troops and from blocking them from training to become officers.

The update came about after a federal judge in April struck down a Pentagon policy that discharged those with HIV and denied them promotions. Lambda Legal, the LGBTQ and HIV advocacy group that filed the lawsuit, hailed the legal win as “one of the strongest rulings in over two decades for people living with HIV.”

The Biden administration announced it will not appeal that ruling, according to a June 8 press release from Lambda Legal. Nor will the White House defend such discriminatory restrictions.

That lawsuit, however, applied to service members who tested positive for HIV after enlisting. DoD policy continues to bar people living with HIV from joining the military.

However, a Latino military college student whose HIV is undetectable filed a federal lawsuit to end that ban. He had been on the path to a military career when he tested HIV positive and was removed from the Reserve Officers’ Training Corps (ROTC) and separated from the Army National Guard.

Although the DoD’s updated policy does not end the ban on people with HIV joining the military, it does directly apply to the college student, who was a young trainee. As Military Times reported, the new policy allows cadets and midshipmen—young people already on the path to military service—who test HIV positive to continue their commissioning program.

The Human Rights Campaign (HRC), a national LGBTQ organization, also praised the new DoD policy. “The Department of Defense and Secretary [Lloyd James] Austin deserve credit for making the right choice—service members with HIV should be able to remain in the military and enjoy every opportunity for deployment or advancement as any other service member,” said David Stacy, HRC’s government affairs director, in a statement. “Antiretroviral therapy is highly effective in shrinking the risk of HIV transmission to essentially zero. To maintain a discriminatory policy against service members living with HIV without the backing of medical evidence was unsustainable, and we’re glad to see our military leaders recognize that. And we’ll continue to push for the same policy to be applied to those who want to enlist.”

People living with HIV who take meds and maintain an undetectable viral load do not transmit the virus, a fact referred to as Undetectable Equals Untransmittable, or U=U. What’s more, for many people with HIV, it is a manageable chronic condition that doesn’t impede their daily activity. For example, the military members involved in the HIV lawsuit that led to the overturn of the Pentagon policy had been deemed healthy and fit to serve. Thus, they claimed the policy was discriminatory and based on outdated science. The court agreed, adding that the Pentagon’s policy was “unlawful, arbitrary and capricious—and unconstitutional,” in the words of Lambda Legal’s Scott Schoettes. 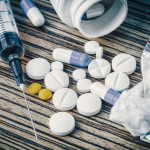