Depression Is Often Undertreated Among People With HIV

This finding is troublesome because depression is associated with worse health outcomes in the HIV population.

People with HIV who are suffering from depression often do not receive optimal psychiatric treatment. This finding is troublesome because depression is associated with worse health outcomes in the HIV population.

Publishing their findings in PLOS ONE, researchers analyzed two groups of people with HIV within the Center for AIDS Research Network of Integrated Clinical Systems. They conducted a cross-sectional analysis of 6,219 people in care for the virus between 2011 and 2012 and a prospective analysis of 2,936 people just starting care within this research network.

The investigators analyzed clinical data on the study members, including their self-reports on depression.

Thirty-five to 40 percent of those who received antidepressants saw their depression totally resolve. Such remission from depression was rare among those who had persistently high depressive symptoms, whether or not they received adjustments in their antidepressant doses. 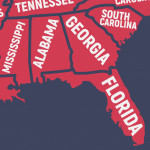 40 Groups Fighting HIV in the South Awarded a Total of $2.3M in Grants