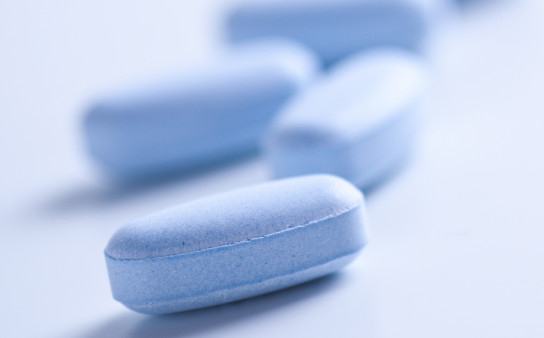 Descovy may offer protection against HIV faster and for longer than Truvada, but its higher cost may outweigh the apparent benefits.

An in-depth analysis has found that more people who used Descovy (tenofovir alafenamide/emtricitabine) as pre-exposure prophylaxis (PrEP) had drug levels in their immune cells high enough to protect against HIV than those who used the older Truvada (tenofovir disoproxil fumarate/emtricitabine). The study findings were presented at the 10th International AIDS Society Conference on HIV Science, which took place this week in Mexico City.

The researchers suggested that protective drug levels are reached sooner and last longer in people who use Descovy, which could potentially provide advantages for women and people using on-demand PrEP before and after sex. But once-daily Truvada is considered to be at least 99% effective at preventing HIV among gay and bisexual men—by far the most common PrEP users—and some question whether any added protective effect of Descovy would be worth its higher cost once generic versions of Truvada become available starting next year.

Christoph Spinner, MD, of Technische Universität München in Germany, presented findings from an analysis of factors that might have influenced PrEP efficacy in the Phase III DISCOVER trial, which compared Descovy versus Truvada for HIV prevention. The Food and Drug Administration approved Truvada for PrEP in 2012; in April, Gilead Sciences requested approval of Descovy for this indication, and a decision is expected later this year.

The tenofovir alafenamide (TAF) component of Descovy is a pro-drug, or precursor formulation that produces higher levels of the active drug, known as tenofovir diphosphate, in immune cells than the tenofovir disoproxil fumarate (TDF) in Truvada. This means TAF can be given at lower doses, leading to less drug exposure for the kidneys, bones and other organs.

As reported at the Conference on Retroviruses and Opportunistic Infections in March, both Descovy and Truvada proved highly effective at preventing HIV. After at least a year of follow-up—and two years for half the study participants—there were seven new infections in the Descovy group and 15 in the Truvada group, yielding new infection rates of 0.16 and 0.34 per 100 cumulative years of follow-up. Among the people who acquired HIV, five were suspected of having already had an undetected infection when they started the study and 15 were found to have low tenofovir levels, suggesting inconsistent use of PrEP. Given the small number of seroconversions, this difference was not statistically significant, meaning it could have been attributable to chance.

Nonetheless, Spinner and colleagues were not convinced that the 53% lower infection rate in the Descovy arm was simply due to chance alone and set out to examine factors that might explain the disparity.

The researchers determined that there were no notable differences in sexual behavior or sexually transmitted infection rates in the two groups. Adherence to the daily PrEP regimens also did not differ according to self-reports, pill counts or tenofovir diphosphate levels in dried blood spot tests.

The investigators next looked at pharmacokinetics, or how drugs are metabolized and distributed in the body. They measured tenofovir diphosphate levels in HIV-susceptible immune cells, finding that after four weeks of PrEP use, levels were 6.3-fold higher in people taking Descovy compared with those taking Truvada. They also found that 98% of Descovy recipients had drug levels above the threshold estimated be protective in the pivotal iPrEx trial, compared with 68% of Truvada recipients.

Spinner noted that a different study found that tenofovir diphosphate levels in cells often exceeded the protective threshold within one to two hours, and always within four hours, after starting Descovy, whereas it took three days of daily use to reach this level with Truvada. What’s more, Spinner’s group estimated that TAF would persist in cells longer, such that Descovy would maintain a protective drug level for 16 days after the last dose, compared with 10 days for Truvada.

Given the very low rate of new HIV infections in both arms of the DISCOVER study, as well as the very high effectiveness of Truvada for PrEP in clinical trials and real-world use, some questioned whether the researchers overstated Descovy’s advantages. During the discussion after the presentation, Joseph Eron, MD, of the University of North Carolina at Chapel Hill, said it was a “pretty substantial assumption” that Descovy offers greater protection than Truvada.

The faster buildup and higher cellular drug levels produced by Descovy may be advantageous for some people. The so-called 2-1-1 dosing protocol, also known as on-demand or event-driven PrEP, calls for two Truvada pills to be taken two to 24 hours before sex is expected, then another dose 24 hours after sex happens and another dose 48 hours after that. But some people wish to have more spontaneous encounters, and Descovy may take effect sooner. Also, studies have shown that the active form of tenofovir does not reach as high a level or last as long in vaginal tissue compared with rectal tissue, so Descovy may provide an extra boost for women, and potentially for trans men.

But the cost of PrEP—currently at $1,600 to $2,000 a month for Truvada—can be a barrier to wider access. Gilead offers a co-pay card, but some people find it does not fully cover their out-of-pocket costs. The price is also a limitation for public health departments and international aid programs that aim to make PrEP widely available on a population level.

Jeremiah Johnson of the Treatment Action Group (TAG) got a round of applause at the Mexico City conference when he questioned whether the supposed advantages of Descovy are worth its cost, which is similar to Truvada now but likely to be substantially more expensive once Truvada goes off patent.

Generic Truvada is already widely available in other countries. A generic version is expected to become available in the United States in September 2020, though with only a single approved generic supplier at first, it is unclear how much the price will drop. But multiple generic versions of the tablet will be allowed starting in the spring of 2021, which should drive the price down considerably. Activists have also claimed that the Centers for Disease Control and Prevention (CDC) holds patents on the use of Truvada for HIV prevention.

Speaking at the closing session of the conference, Laura Waters, MD, of the Mortimer Market Centre sexual health clinic in London, suggested that the conclusions about the advantages of Descovy over Truvada “are perhaps premature,” adding that “the emphasis should be on expanding access to affordable PrEP worldwide.”