Portraits and stories from an HIV fundraising book

Whoever said laughter is the best medicine probably didn’t have a dog. Canine companions have the power to save lives. Just ask any of the people living with HIV who are beautifully photographed and profiled in the book When Dogs Heal.

“Each story and image showcase how a dog’s unconditional love [can restore] hope in the future, combat stigma and overcome much of the hardship that for many of us define an HIV diagnosis,” says Robert Garofalo, MD, MPH, a professor of pediatrics who codirects the Gender & Sex Development Program at the Ann & Robert H. Lurie Children’s Hospital Center of Chicago. 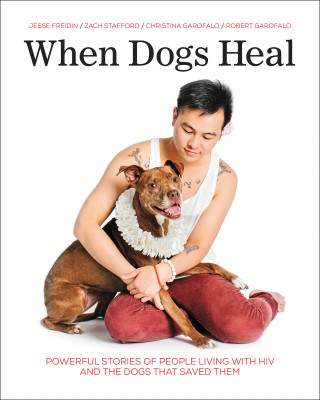 In 2010, Garofalo tested HIV positive. Despite his medical expertise (he often works with HIV-positive youth), he became depressed and isolated. That is, until a 10-week-old Yorkshire terrier named Fred entered the picture. Inspired, Garofalo launched Fred Says, a nonprofit that raises money for young people with HIV.

When Dogs Heal is the latest fundraising effort from Fred Says. It’s the result of a six-year collaboration with fine art dog photographer Jesse Freidin (view more photos on Instagram via @jessefreidin and @whendogsheal and on Facebook via @jessefreidinphotographer and @whendogsheal). Together, Garofalo and Freidin traveled across the country to meet and photograph HIV-positive people and their dogs. Journalists Christina Garofalo (Robert’s niece) and Zach Stafford (MSNBC, The Advocate) compiled the stories that accompany the photos. (To read examples of heart-wrenching and heartwarming stories and to order a copy, by Lerner Publishing imprint Zest Books, visit WhenDogsHeal.org.)

The people featured in the book represent the full range of those impacted by the HIV epidemic and span age, race, sexual identity and socioeconomic background. “The themes that you read about in this book are universal,” Garofalo tells POZ. “They transcend HIV. While these participants have their struggle grounded in the stigma and challenges that accompanied an HIV diagnosis, what you read in these pages are more universal struggles about substance use, or intimate partner violence, or depression, or a physical disability. People—regardless of their HIV status—have written to us because they see themselves in these pages, and they feel as though their stories have been seldom told or celebrated.” 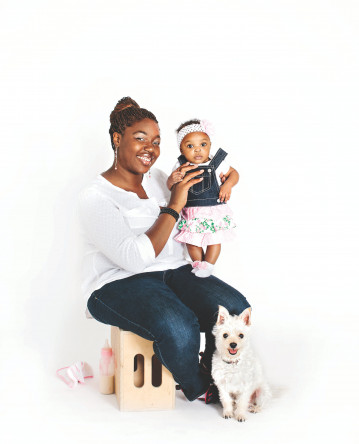 For example, there’s the story of Lynnea, who in 1992, at age 7, learned that she had AIDS and who in her 20s “mistook acceptance for love” and found herself in an abusive relationship. As she recounts in When Dogs Heal, her life changed when she brought home Coconut.

“Coconut showed me that I deserved more out of a partner—not just for me, but for the baby girl growing inside of me,” Lynnea says in the book. “Being by myself felt really lonely at times. I cried a lot over what might come of my life after having a child. But Coconut made it better just by being there. He wouldn’t let me sit around feeling depressed.

“Lately, I’ve found myself not hiding in silence anymore,” she continues. “I no longer look at HIV as something negative in my life, or as a reason to push people away.… Coconut has shown me I can be loved by another living thing—that I deserve a love that doesn’t hurt.” 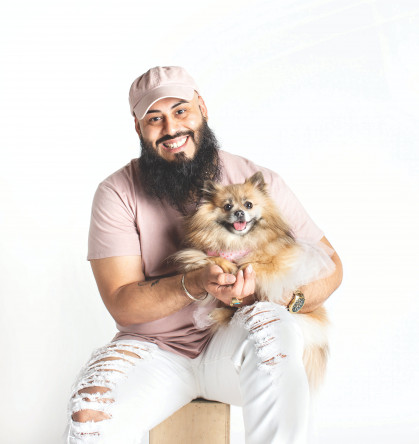 Photographer Freidin says his aim was to create a “calm, clean, quiet, welcoming space for participants to feel seen—a blank canvas void of stigma or oppression, where their true selves could shine. Visually, these portraits all feel like a moment of safety, as well as a moment of empowerment.”

Several of the photographs and stories appeared in a When Dogs Heal exhibit that traveled to several cities across the states. But now, thanks to the book, everyone can enjoy these gorgeous portraits and inspiring tales—and tails. 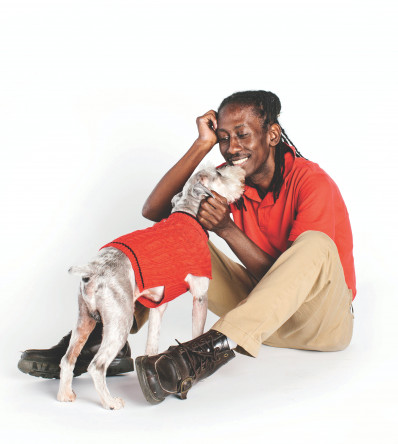 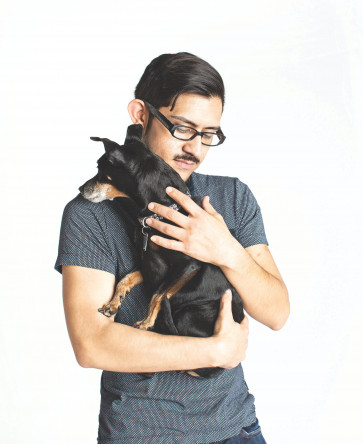