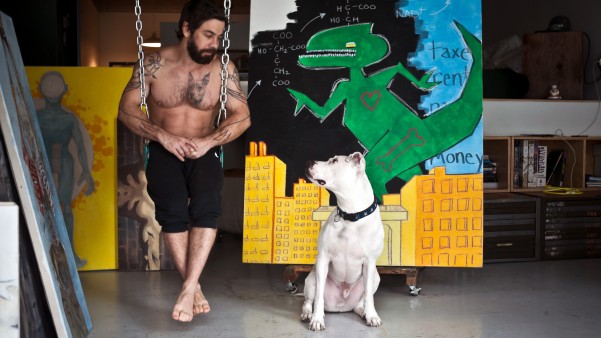 An image from “Dogs & Daddies” Courtesy of inkedKenny

Dogs have always been man’s best friend. They provide unconditional love, support and companionship even when our fellow two-legged buddies can’t. That’s the idea behind photographer inkedKenny and Rob Garofalo’s book, Dogs & Daddies, an 80-page collection of portraits that raises funds for U.S. programs and services that target youth living with and at risk for HIV.

The book is the latest project of Fred Says, a nonprofit named after Garofalo’s Yorkshire terrier. In 2010, Garofalo tested positive for HIV; although he’s a doctor who specializes in the virus, he felt himself becoming isolated and depressed—until 10-week-old Fred entered his life.

Photographer inkedKenny is known for his dark and moody images, but he was drawn to Dogs & Daddies because it allowed him to explore a softer point of view. “Throughout my career I have always wanted to do a photographic project that involved dogs and their owners,” inkedKenny says in the book’s press release. “This collaboration with Fred Says was the perfect vehicle to extend my aesthetic to a wider audience while simultaneously giving back to a community that is vitally important to me as an artist and activist.”

“The undeniably stylish and moving photos in Dogs & Daddies so accurately capture the loving relationship that exists between dogs and their owners,” Garofalo adds.

As for why the support of a pet might be more important for people living with HIV, Garofalo offers an explanation in a video posted on FredSays.org: “HIV is the one disease where you cannot count on the love and support and comfort of your family and friends to help you through the illness.

“Fred saved my life at a time I was really struggling,” Garofalo continues. “He was like my guardian angel. I kind of had this crazy idea to take the magic my dog had brought to my life and have him make other people smile.”

Dogs & Daddies, $60, is available for purchase on FredSays.org; proceeds go directly to young people living with and affected by HIV. 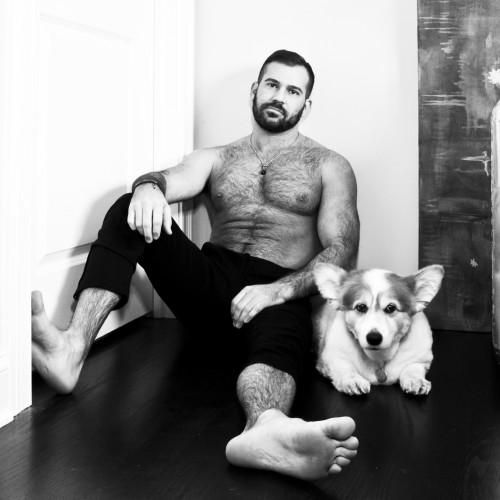 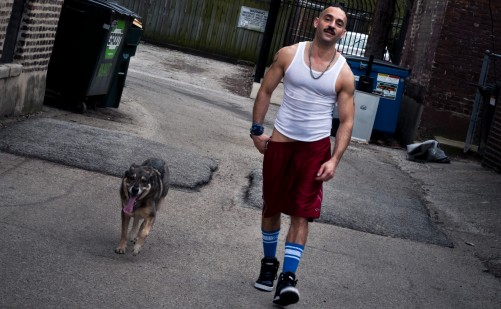 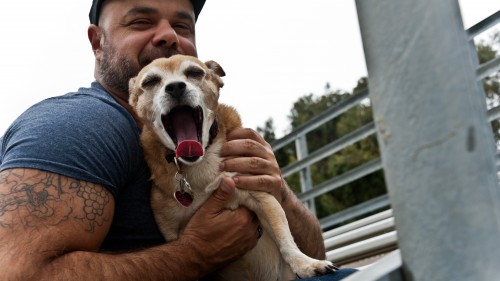 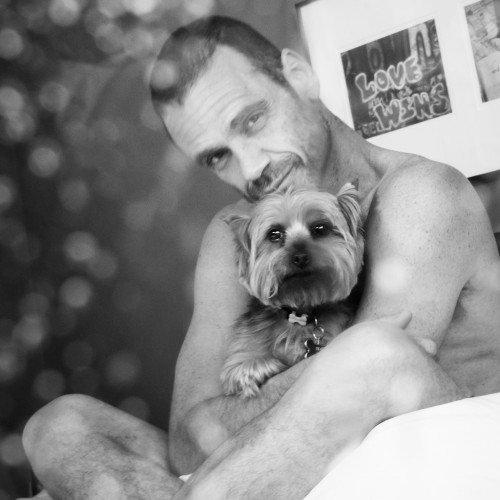