The suit, which was filed in May, alleges that Gilead and its business partners—Bristol-Myers Squibb, Janssen (part of Johnson & Johnson) and Japan Tobacco—illegally attempted to restrict generic competition and establish a monopoly on all-in-one combination pills for HIV, thereby keeping prices high.

U.S. District Judge Edward Chen is expected to take one to three months to reach a decision about the defendants’ request to dismiss the suit. In the meantime, he set a trial date of February 28, 2022, and instructed the parties to move forward with providing relevant documents and taking other steps to prepare for a jury trial.

According to the complaint, the companies entered into anticompetitive agreements stating that as long as any component of Gilead’s coformulations remained under patent, they would not create competing combination pills that contain their ingredients plus generic components or allow anyone else to do so.

The crux of the latest hearing was whether the agreements were, as the defendants argued, an “ancillary,” or necessary, part of a joint business arrangement, preventing the companies from creating coformulations that would directly compete with those of the collaboration.

“Gilead claims these clauses are just ’ancillary restraints’—necessary for the partnerships to work. We think that’s bull,” longtime activist Peter Staley wrote in a Facebook update following the hearing. “[Gilead] used the agreements to keep combo pills with generic components off the market, raising antiretroviral combo pills to obscene prices and then sharing these inflated profits with its co-conspirators.”

Gilead’s lead attorney, Christopher Curran, said that the agreements were “nothing unusual” and that restraints were needed to prevent the collaborators from “free riding” on the joint venture. The plaintiffs countered that the agreements went beyond what was necessary or customary for business deals, aiming to stifle competition from generic alternatives even after the medications’ patents expired.

Curran likened the agreements to lawyers agreeing not to compete against other attorneys in their own law firm. The plaintiffs’ lead attorney, Mark Lemley, suggested they were more like members of a bar association illegally colluding to set prices.

After last September’s hearing, Gilead issued a statement saying, “Gilead believes this lawsuit and its antitrust allegations are without merit.…The allegations against Gilead are misguided and do not accurately reflect antitrust laws or Gilead’s history of innovative collaboration and competition in HIV medicines.” Last week, Gilead spokesperson Ryan McKeel told POZ that the company had no further comment beyond the earlier statement.

Judge Chen extensively questioned both sides about the nature of the business arrangements. He seemed particularly focused on determining if there was an “overarching conspiracy” among the companies, as the plaintiffs allege, and whether all of them were equally culpable.

“Even though we got grilled by Judge Chen, I remain optimistic,” Staley told POZ. “I can’t imagine he’ll allow a precedent to be set whereby pharma companies can use joint ventures to corrupt our country’s patent system by keeping generics off the market.” 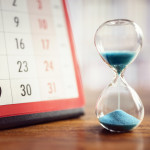