A study of drug- and alcohol-related deaths in San Francisco reveal stark differences between people with and without HIV.

Among people in San Francisco who die of drug- or alcohol-related causes, having HIV is tied to a higher rate of death driven by stimulants, including crystal meth, Healio reports.

Ayesha A. Appa, MD, of the University of California, San Francisco, led a study team that gathered data on people 14 years old and older who died of drug- or alcohol-related causes in San Francisco between 2009 and 2018. They published their findings in Open Forum Infectious Diseases.

The researchers obtained these data from the California Electronic Death Reporting System’s drug-related death records and then cross-checked this information with death certificates to determine individuals’ HIV status.

A total of 6,764 people, including 223 people with HIV, died of drug- or alcohol-related causes during this period.

The study authors also determined whether the deaths in their data set were among people experiencing acute, non–HIV-related, infections. Twenty-six percent of the people with HIV had such an infection when they died, compared with 8% of those without HIV.

After adjusting the data to account for various differences between the individuals in the data set, the study authors found that having HIV was associated with a 5.6-fold increased likelihood of having an acute infection with a pathogen other than HIV at the time of their death.

Among those who had such an acute infection, 31% of those with HIV had sepsis or septic shock at the time of their death, compared with 49% of those without HIV. A respective 29% and 41% had pneumonia, 8% and 8% had endocarditis (a dangerous infection of the heart common among people who inject drugs), 2% and 7% had skin and soft tissue infections and 3% and 5% had bacteremia (bacteria in the bloodstream).

“Combating mortality in people with HIV who use drugs should include stimulant-specific and infection prevention efforts,” the study authors wrote. 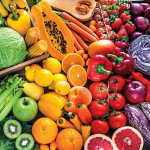 Eating for Your Health