“This has been one of the most important questions in the last decade: what the optimal timing is for starting therapy,” said study author Mari M. Kitahata, MD, director of clinical epidemiology at the Center for AIDS and STD at the University of Washington in Seattle. “Our study provides evidence that patients would live longer if antiretroviral treatment was begun when their CD4 count was above 500.”

According to the article, the study tracked the survival rates of 17,517 HIV-positive people in North America who began drug therapy at different points in disease progression, as measured by their CD4 counts. The study found that those who began treatment later faced a risk of dying that was up to 94 percent higher than those who initiated therapy early on.

The study, published April 30 in The New England Journal of Medicine, shares similar results with a separate study published online two weeks earlier in The Lancet. 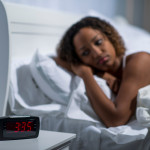