AIDS has orphaned an estimated 14 million children. In Africa, there are 11 million scrambling just to survive. Some are living with HIV themselves; others have been thrown aside by society simply because their parents died of AIDS. They often have no resources, no supervision, no role models, no comfort. I’ve been to Africa and seen a 6-year-old boy cooking outdoors over an open fire for his 4-year-old sister. Each sibling owned one outfit—if you can call a T-shirt worn so threadbare you can see through it an “outfit.” Their fire burned several feet from the graves of their mom and dad. The kids didn’t want to leave their home or their community—or their parents.

The luckiest AIDS orphans are raised by their grandparents or, sometimes, neighbors. A handful of exceedingly lucky ones find their way to adopted homes in other countries. One in 14 million gets to live with Madonna, or, like Noah, our cover boy, appear on American Idol thanks to Keep a Child Alive (KCA) and the amazing work of its cofounders Leigh Blake and Alicia Keys.

But what about the rest? Religious extremists and ideological warlords often prey on these desperate and unsuspecting youth to build their spiritual or political armies. Can we blame these kids, who are starving to death and replete of hope, for following whatever adults offer them food, shelter and community? Desperation for simple comforts may lead these impressionable orphans to aim an AK-47 at those who have different beliefs.

The masses of AIDS orphans have become a legitimate threat to the social, spiritual and political stability of the planet. Yet the crisis of the AIDS orphans remains a humanitarian catastrophe and massive human tragedy.

We’ve seen the images for years—withered parents lying prone on beds while their tiny offspring stare terrified nearby. The photos never fail to make me feel like I’ve been kicked in the heart by a mule. But it’s important to keep showing them, as proof that the problem is far from over. Which is why we showcase Kristen Ashburn’s incredible images on page 38 [of the print edition]. Ashburn has chronicled the epidemic since 2000; she knows that images like hers have the power to remind the world of what we’d all much rather forget about or put in the past.

Many astounding organizations such as KCA help kids affected by AIDS. The world must continue to support their work so they can reach all the children in need.

We must also keep the grown-ups alive. Only one third of all people who need antiretroviral therapy around the world receive it. As Blake and others have proved, given a chance, people will take the medicine and they will get better. But we need continued vigilance, political will, gobs more cash and the cooperation of foreign governments. It’s also critical to have leadership, from American pop superstars like Keys and Madonna, to wonder-moms like British-born Blake and, of course, President Obama, who, having a father from Kenya, is surely aware of the plight of Africa’s orphans.

I want to support Madonna’s desire to adopt a second child (a court denied her request). And I applaud her for investing millions of dollars in Malawi. I understand that adoption won’t solve the problem and recognize its ethical dilemmas, but the attention created by her efforts unquestionably reminds the world of the millions of kids who won’t be otherwise “saved” by a gun, a god or Madge. 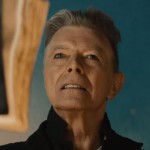 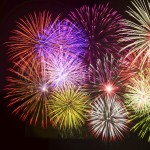