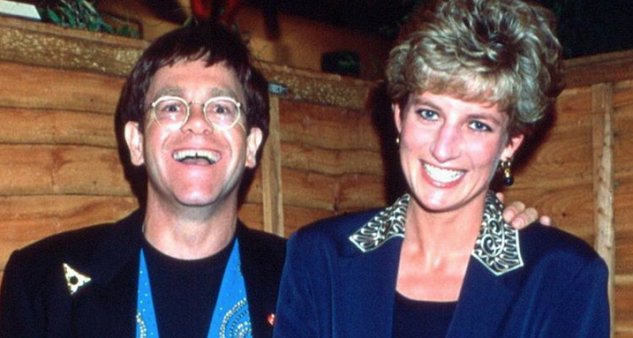 The singer-songwriter spoke at a lecture in honor of the late Princess Diana.

Sir Elton John called for social media giants such as Facebook and Instagram to use their influence and power to help end HIV/AIDS stigma, reports Reuters. The pop icon and AIDS activist delivered the message last week in London as part of the “Diana, Princess of Wales Lecture on HIV,” a series founded in 1999 by the National AIDS Trust (NAT) in Britain, which Diana patronized before her death.

John delivered the talk in association with the Elton John AIDS Foundation and Gucci, according to the NAT website.

"I’m used to putting pressure on pharmaceutical companies, I’m used to putting pressure on governments. We have had some success with both. The pressure now needs to be applied to the tech giants.” Last Friday Sir Elton called on tech giants and social media brands to lend their power to fighting HIV stigma. Do you think social media companies are doing enough? Here is a first clip from our event last Friday. We organised the 2018 Diana, Princess of Wales Lecure on HIV in partnership with @ejaf. #dianahivlecture #princessdiana #eltonjohn #guccieltonjohn #lgbt #gucci #socialmedia

John used the platform to share a vision of social media giants working to humanize the experience of living with HIV, recalling a famous moment in 1987, at the height of AIDS prejudice and fear, when Diana calmly, and without gloves, shook hands with a gay man dying of AIDS at a London hospital.

John went on to call for support and action from social media companies, also criticizing cuts to sexual health services.

We’re honoured to announce that on Friday, Sir Elton John will be delivering our fourth lecture on HIV in memory of Princess Diana, in association with the Elton John AIDS Foundation and Gucci. During the lecture, Sir Elton will set out a vision for an AIDS-free future. He will also reflect on his close friendship with Princess Diana and their shared commitment to ending HIV. You will be able to watch the landmark lecture on Facebook shortly after the event (link in bio), and join the conversation using: #DianaHIVLecture ♥️ #hiv #eltonjohn #guccieltonjohn #princessdiana #royal #hivawareness #charity #health

John also noted the humanizing influence the companies could have and their ability to help end the stigma associated with HIV/AIDS as Diana’s compassion once did.

“At a stroke we can reach 2 billion people in a single moment on Facebook,” John said, according to a NAT press release. “Imagine all that power to connect turned into billions of handshakes, all over the world.”

In related news, last year marked the 20th anniversary of Princess Diana’s death. Read more about that in POZ here.