Plus: A Harvard humanitarian award for the rock icon and a 25th anniversary gala for his AIDS foundation

Elton John marked the 25th anniversary of his AIDS foundation with a celebrity-studded gala at New York City’s Cathedral of St. John the Divine that raised nearly $4.4 million, The Associated Press reports.

Titled “An Enduring Vision: A Benefit for the Elton John AIDS Foundation” and hosted by Neil Patrick Harris, the event included a live auction that brought in more than $700,000 and included a visit to a taping of Will & Grace and tickets to Saturday Night Live—that auction item, AP reports, was introduced by Alec Baldwin channeling both Presidents Clinton and Trump.

Jeanne White, the mother of Ryan White, a teen who died of AIDS-related causes and became an activist and icon of the epidemic, spoke at the gala. After she spoke, John told the audience that it was the White family, six months after Ryan died, who inspired John to seek help to get sober and drug-free and do something with his life. That something turned out to be forming the Elton John AIDS Foundation (EJAF). Since 1992, it has raised nearly $400 million.

“What the White family did was light a little candle in my soul,” John said, in the video above posted by Rolling Stone. He also told the crowd how he thinks we can change the world: “It changes because we make it change. And if we want to make it change in the best way, we can do that. We can do it. I’ve seen it happen on so many occasions. The human spirit is the greatest force of love and good in this world.”

Earlier in the week in Cambridge, Massachusetts, according to The Harvard Crimson, John received the 2017 Harvard University Humanitarian of the Year award for his philanthropic work. You can watch him receive the award here.

Not familiar with Ryan White? Read a tribute to him in POZ here, and follow articles about the federal safety net for people living with HIV that’s named after him by clicking #Ryan White CARE Act. 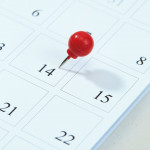