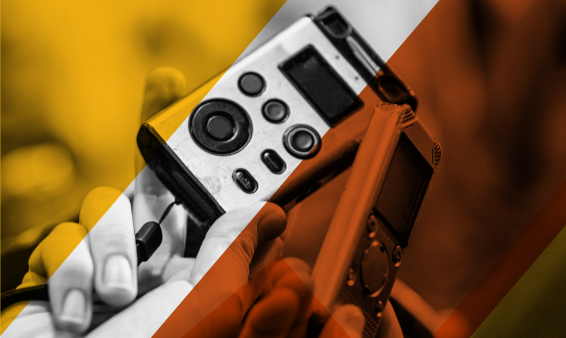 How to Engage the Media to Fight Unjust HIV Crime Laws

Download this new (and free!) resource from HIV Justice Worldwide.

Fighting to modernize HIV crime laws and to end the criminalization of people living with HIV is a complicated battle. But the folks at England-based HIV Justice Worldwide have made that challenge easier with the recent release of the 72-page guide Making Media Work for HIV Justice: An introduction to media engagement for advocates opposing HIV criminalisation.

Part of HIV Justice Worldwide’s tool kit, the guide aims “to inform and equip global grassroots advocates who are engaged in media response to HIV criminalization—and to demystify the practice of working with, and through, media to change the conversation around criminalization,” according to a press release from Positive Women’s Network–USA, which is a member of the HIV Justice Worldwide steering committee and was instrumental in updating HIV criminal laws in California. 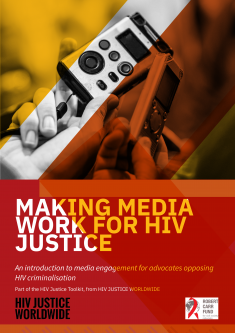 The cover of the media guideHIV Justice Worldwide

Who is the guide for? As the introduction spells out:

If you have found your way to this tool kit, then chances are you or someone in your community is facing the unfortunate intersection of criminal law and HIV. Perhaps there have been news reports of an arrest; a person’s private medical information has been disclosed publicly in the form of their HIV status; or you’re looking for a way to respond to unfair, inaccurate, overblown, or misinformed allegations. Perhaps this is the first time this has happened in your area, or the first time the phenomenon of HIV criminalisation has come to you or your group’s attention.

You will see that a recurring theme in this resource is nuance: subtle distinctions, and sometimes tensions, in meaning or expression. HIV criminalisation is a complicated issue. This tool kit is assembled from the evidence-based perspective that HIV criminalisation harms public health while doing nothing to reduce HIV transmission and providing no benefit to communities. But illustrating this reality for community members and creators of media can be challenging, since individuals’ reactions to HIV criminalisation are tied to their experience of external stigma and their knowledge (or lack thereof) of HIV transmission risks, as well as their feelings about themselves, their relationships, and the legal system.

The guide is the latest addition to the HIV Justice Toolkit, which “aims to support advocates to oppose HIV criminalisation at all levels—from educating communities and lawmakers to defending individual cases. It includes all kinds of resources from all over the world that we hope will be useful depending on your advocacy targets (such as lawmakers; prosecutors and judges; police; and the media).”

The media guide can be downloaded in PDF form here. Other resources in the tool kit can be found on HIVJusticeWorldWide.org.

“Know Your Status” Versus U=U: Which Message Improves HIV Testing?