In anticipation of World AIDS Day 2021, HIV.gov offers a roadmap to ending the HIV epidemic.

Annually on December 1st, we commemorate World AIDS Day and reflect upon our worldwide response to the HIV/AIDS epidemic. This year has been especially poignant as we mark 40 years since the first five cases of what later became known as AIDS were officially reported and honor the more than 36 million people, including 700,000 in the United States, who have died from AIDS-related illness globally since the start of the epidemic.

The U.S. Government’s theme for World AIDS Day 2021—Ending the HIV Epidemic: Equitable Access, Everyone’s Voice—highlights the Biden-Harris Administration’s strong commitment to ending the HIV epidemic globally by addressing health inequities and ensuring the voices of people with HIV are central in all our work. As we prioritize leading the COVID-19 response, including becoming an arsenal of vaccines for the world, and helping every country and community build back better, we must at the same time forge ahead, innovate, and invest in communities to end the HIV epidemic everywhere.

We have made remarkable progress in preventing and treating HIV domestically and globally. Scientific discovery has yielded HIV advances that were unavailable and even unimaginable just a decade ago, supported by people with lived experience, communities affected by HIV, and cooperation among governments, private companies, and academic and research institutions. New discoveries and innovations in HIV research, prevention, care, and treatment have contributed to reducing new HIV transmissions and ensuring individuals with HIV can live long, healthy lives. We have taken important steps to addressing HIV stigma in communities and health care systems. 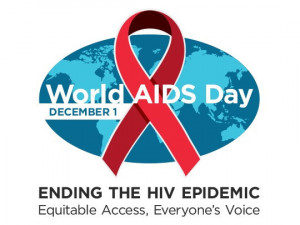 Despite this tremendous progress, our work is not finished, and the COVID-19 pandemic has threatened hard-won gains. HIV remains a threat domestically and globally, with certain populations and regions of the country and the world bearing most of the burden—and persistent inequities serving as critical barriers—signaling where we must focus our efforts. Informed by voices from the most impacted communities, we remain deeply committed to ensuring equity in our programs, research, and policies and to serving those most in need of support. This includes through concerted efforts to reach key affected populations, such as gay, bisexual, and other men who have sex with men; racial and ethnic minorities, especially Black/African Americans and Hispanics/Latinos; cisgender and transgender women and girls; the LGBTQI+ community; those who use drugs; and other marginalized populations.

Globally, the U.S. President’s Emergency Plan for AIDS Relief (PEPFAR) has saved more than 20 million lives, prevented millions of HIV infections, and supported numerous countries to achieve epidemic control of HIV. Led by the U.S. Department of State, and leveraging the expertise and comparative advantages of seven other USG agencies, over the past 18 years, PEPFAR has delivered people-centered HIV services to millions of people in 55 countries. These efforts have only been possible because of the strong and sustained bipartisan leadership across U.S. presidents and from the U.S. Congress, and the generosity of the American people.

The Ending the HIV Epidemic in the U.S. initiative continues to implement community-driven solutions by addressing racial, ethnic, and geographic disparities that continue to impact people’s lives. The Office of Infectious Disease and HIV/AIDS Policy (OIDP) continues to work with partners to create and implement programs, tools, and funding to help communities address HIV. OIDP’s new HIV Viral Suppression national campaign will work with communities to spread messages related to individual and community benefits of HIV care. “Messages related to viral suppression and Undetectable = Untransmittable are powerful tools to fight misinformation and to counter the HIV stigma that continues to persist in the U.S. and around the world,” says Dr. Timothy Harrison, Deputy Director for Strategic Initiatives and Senior Policy Advisor, OIDP.

As the World AIDS Day theme reminds us, to end HIV domestically and globally, the U.S. government cannot act alone. We will continue to strengthen our relationships with community-based organizations; networks of people with HIV; clinicians and researchers; and state, local, and foreign governments and support innovations that address individual, community, and structural factors and inequities that drive the HIV epidemic. Critically, we will ensure that people with lived experience are valued and at the center of the planning, development, and implementation of our efforts.

On this day, as we reflect on those we have lost to AIDS and we honor the nearly 38 million people living with HIV, we renew our commitment to work with our diverse stakeholder communities to end the HIV epidemic across the United States and around the world.

This article was originally published at HIV.gov.