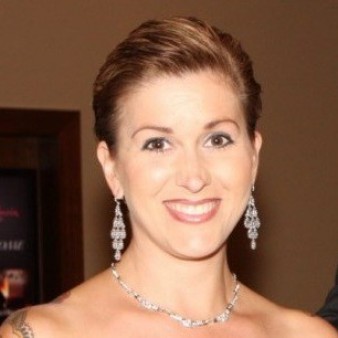 March 16, 2010. I remember it so vividly. I was in an in-patient drug treatment facility, 21 days sober and angry at everyone. When I got the news that my HIV test was confirmed positive, I thought I was receiving my death sentence. I now know, that was actually the moment I was blessed with a new life.

I grew up quite sheltered, in the small farming and military town of Yuma, AZ. When the AIDS epidemic first surfaced in the early 80s, the terror of the disease was my biggest fear. I stayed out of trouble as a child, was a gifted classical pianist and had hopes and dreams of making my mark in the world.

In Yuma, if you were talented, well rounded and intelligent, you competed in the Miss Yuma County Pageant, which afforded scholarships and the opportunity to be a role model in the community. In 1995, at 20 years old, I was crowned Miss Yuma County, and in 1996, earned the title of Miss Arizona. I competed in the Miss America Pageant in September 1996. During my reign as Miss Arizona, I implemented the first state pageant/state government community service platform in the country, educating adolescents and teenagers about the affects of violence in dating relationships. I was making my mark.

When that experience was over and I no longer had to adhere to the pageant rules and regulations, I stayed in Phoenix to go to school and experience life. I had some deep-rooted issues regarding my self worth and suffered from depression and it didn’t take long for me to find my escape. Rather, a solution to my problems.

Very quickly, that driven young woman, was driven right into an addiction that took away every hope and dream. It made me cross every line I said I would never cross and destroyed my soul. I began to absolutely hate the person I was becoming, but didn’t know how to stop. The drugs eased the pain; they were always there when a relationship or a job ended. By 2008, it was so dark that I set aside my values and beliefs to get “well.” I didn’t care about living and was pretty sure that no one would care if I died. I began to have major consequences for my actions so on February 21, 2010, I checked into treatment for my drug addiction.

When the doctor suggested that we do some blood work, I asked him to include an HIV test. It had been a few years since I’d had one and I had heard rumors about someone I was personally involved with. Aside from the rumors, I had never actually met anyone that was positive. Imagine, 34 years old, to have never known anyone and to be told that I was. My roommate at the rehab asked to change rooms, people were afraid to eat and drink after me—in 2010!! Unreal!

After processing the information for a few days, I started talking and started learning. I started to see my situation as a blessing that saved my life and that my past experiences gave me a voice and a platform in which to make a difference. I talked very honestly and openly about my status, because I believe the more HIV is talked about, the more we can chip away at the social stigma attached to it. HIV can infect and affect anyone, but our best defense against it is knowledge.

I am co-infected with Hepatitis C as well. I know I will live a very long, very healthy life as long as I am proactive and take care of myself. I have self worth and a purpose and today I carry myself with dignity and grace.

In the last year, I have been asked to share my story as a symbol of hope in the final night of competition at the Miss Arizona 2012 Pageant. I have been the keynote speaker for Barb Eldridge’s Team Rychard for the AIDS Walk Phoenix. I was the top individual fundraiser for the entire AIDS Walk Phoenix, and the top team fundraiser with “Team Rychard.” I had the opportunity to speak at the AIDS Walk to share a little bit of my story. I have also been hired by the Southwest Center for HIV/AIDS as the new Prevention Interventions Facilitator.

My dreams have absolutely become my reality and I am so extremely grateful. I firmly believe that by sharing my story, how it affected my life, and actually changed my life in a positive way because I am “positive,” I can affect change and make a difference in the advocacy of HIV/AIDS. Thank you for giving me the opportunity to share my story.

What three adjectives best describe you?
Warm, gentle and inspiring

What is your greatest achievement?
Competing in the 1997 Miss America pageant. But it is so hard to pick just one, I have had amazing achievements since my diagnosis. Top fundraising individual for AIDS Walk Phoenix in 2012, amongst others

What is your greatest regret?
All the years I missed out on while I was in active addiction

If you could change one thing about living with HIV, what would it be?
The stigma, internal and external

What is the best advice you ever received?
Stop listening to what your head tells you and follow your heart

What person in the HIV/AIDS community do you most admire?
All of those that are standing up to face stigma and change the face of HIV/AIDS in current society

What drives you to do what you do?
When I was first diagnosed, I had not met anyone else that was positive. I don’t ever want anyone else to feel ashamed, alone, frightened or unable to face this condition

What is your motto?
What others think of me, is none of my business

If you had to evacuate your house immediately, what is the one thing you would grab on the way out?
My piano. I have played since I was 3 years old. It is part of my identity and would be lost without it.

If you could be any animal, what would you be? And why?
I would be an elephant. They are the most maternal, loyal animals. They are gentle giants with old souls and are simply amazing. 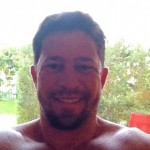