A combined analysis of two Phase III clinical trials of etravirine (TMC-125)—the first non-nucleoside reverse transcriptase inhibitor (NNRTI) to show promise for HIV-positive people with resistance to current NNRTI options—suggests that the drug is safe and effective when combined with an optimized background regimen (OBR). The new report was presented at the 47th Interscience Conference on Antimicrobial Agents and Chemotherapy (ICAAC) in Chicago, during the same week that Tibotec Therapeutics announced that the drug’s safety and efficacy is currently being reviewed by the U.S. Food and Drug Adiministration for approval.

A significant potential advantage of etravirine is its resistance profile. While all of the currently marketed NNRTIs are highly cross-resistant to each other, early studies suggest that etravirine is effective against many strains of HIV resistant to these first-generation options.

The Phase III studies, called DUET-1 and DUET-2, are comparing etravirine (200 mg) to placebo, both combined with a background regimen in treatment-experienced patients with documented resistance to NNRTIs and protease inhibitors (PIs). For all patients, the background regimen includes twice-daily Prezista (darunavir) plus Norvir (ritonavir), along with a choice of nucleoside reverse transcriptase inhibitors (NRTIs). Patients were also given the option of using the approved entry inhibitor Fuzeon (enfuvirtide).

A total of 1,203 patients have been randomized and treated in the DUET studies—599 in the two etravirine groups and 604 in the two placebo groups.
At study entry, the average CD4 count in both studies was approximately 100 cells; the average viral load was 4.8 log copies. Roughly 65 percent of the patients enrolled had used between 10 and 15 antiretrovirals in the past. What’s more, 66 percent of patiens had HIV containing two or more mutations associated with resistance to current NNRTIs and approximately 62 percent had HIV harboring four or more mutations to current protease inhibitors—both evidence of significant drug resistance.

The pooled 24-week data from both studies, reported by investigator Pedro Cahn, MD, showed that significantly more patients (59 percent) in the etravirine groups had viral loads below 50 copies—undetectable—compared with those in the placebo groups (41 percent). Viral loads were approximately 2.4 log copies below pre-treatment levels in the etravirine groups, compared to an average reduction of 1.7 log copies in the placebo groups.

CD4 counts were 86 cells above pre-treatment levels in the etravirine groups after 24 weeks, compared to a 67-cell increase in the placebo groups.

Of particular interest are data evaluating the effects of etravirine in patients with varying degrees of resistance to current NNRTIs. One piece of good news is that the K103N mutation—one of the most common and serious drug-resistance mutations that can arise during therapy with Sustiva (efavirenz) and Viramune (nevirapine)—does not result in cross-resistance to etravirine.

While there is some overlap in the mutations that can cause resistance to current NNRTIs and etravirine, the pooled DUET data suggest patients’ HIV need to have three or more of these mutations to overcome the drug’s antiviral effect. Among patients with 2 or fewer key NNRTI mutations upon entering the study, at least 58 percent of those in the etravirine groups had undetectable viral loads after 24 weeks, compared to 25 percent of those in the placebo groups.

Despite the fact that the patients enrolled in DUET were highly treatment experienced, approximately 86 percent of them had HIV containing fewer than three key mutations, suggesting that etravirine may have a lot to offer many patients with HIV resistant to current NNRTIs.

As for side effects, the only statistically significant difference between the study groups was the incidence of rash: 17 percent in the etravirine groups and 9 percent in the placebo groups. According to Dr. Cahn, the rash most often occurred during the second week of therapy and typically lasted 11 days. For most people, the rash was mild or moderate in severity.

Diarrhea, nausea, headache, neurological problems, and psychiatric problems were also common occurrences in the study, occurring in more than 10 percent of patients. However, there were no statistically significant differences between the two groups with respect to their incidence rates. 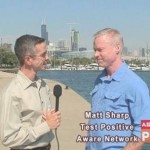