A recent study found that those who achieved rapid viral suppression after starting antiretrovirals had a much lower long-term death risk.

People who do not promptly achieve viral suppression after starting antiretroviral (ARV) treatment for HIV are at a significantly higher long-term risk of death, aidsmap reports.

Publishing their findings in the journal AIDS, researchers studied a population of U.S. residents with HIV who began ARVs between 1998 and 2014. They were followed for up to 10 years.

The participants were followed for a median 6.2 years. A total of 863 of them died. 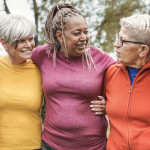