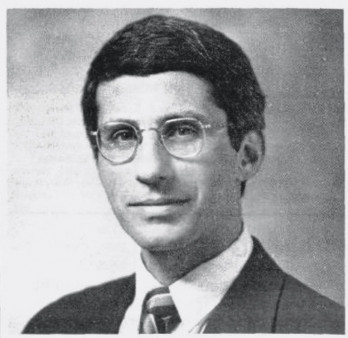 5 – During the vice-presidential debate between Dick Cheney and Senator John Edwards, moderator Gwen Ifill mentions the increasing rates of AIDS-related deaths among Black women in the United States and asks each candidate what role the government should play in ending the epidemic. (2004)

15 – Common Threads: Stories from the Quilt premieres on television. It won the Academy Award for Best Documentary Feature in 1990. (1989)

2 – Anthony S. Fauci, MD, is named director of the National Institute of Allergy and Infectious Diseases. (1984)

10 – Actress and writer Cookie Mueller, who starred in many of the early films of John Waters, dies of AIDS-related causes at age 40. (1989)

22 – The World Health Organization kicks off the first meeting to assess the global AIDS crisis and to encourage collaboration between the nations affected by the disease. (1983)