Forty-eight-week results are in from a Phase III study that switched participants from Triumeq to Gilead’s new single-tablet regimen.

Jean-Michel Molina, MD, of the Hôpital Saint-Louis, in Paris, presented 48-week findings from a Phase III study of people with HIV who were all initially taking Triumeq (dolutegravir/abacavir/lamivudine) at the 2018 Conference on Retroviruses and Opportunistic Infections (CROI) in Boston. 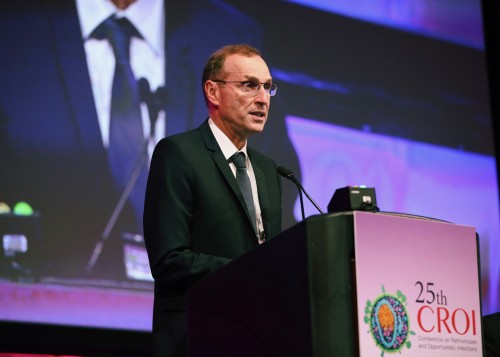 Eleven percent of the participants were women and 22 percent were Black. The median age was 46, with a range of 20 to 71 years old. The median eGFR was 101, indicating good kidney function.

None of the participants developed resistance to any of the study drugs included in the respective regimens.

Two participants died in the Biktarvy arm, but their deaths were not considered related to HIV treatment.

Participants’ average bone mineral density level increased at a similar rate in both groups. The percentage changes from the study’s outset in biomarkers indicating kidney function were also similar between the study arms, as were the results of lipid tests, with the exception of a small decrease in triglycerides among those in the Biktarvy group.

“With this regimen, whether you use [Biktarvy] or [Triumeq] there are almost no changes in lipids,” Molina said. “That is the take-home message regarding lipids in general.”