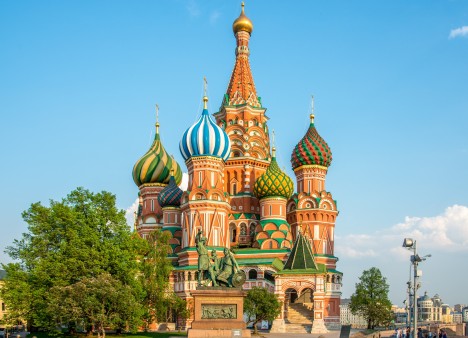 Many people living with HIV in Russia don’t take meds or use condoms because they don’t believe in the existence of the virus or in the science behind how it is spread. As The Guardian reports, this dangerous health situation is made worse by the persecution of gay and transgender people in the country.

Last year, more than 103,000 new cases of HIV were reported in the country, a 5 percent increase from the previous year, according to the Joint United Nations Programme on HIV/AIDS (UNAIDS).

If you test HIV positive in Russia, a social worker tells the Guardian, you are asked how you contracted it. If it is via male-male sexual activity, you are registered under Code 103, information that police and other officials can access. Only 2 percent of Russians with HIV register as Code 103.

In Putin’s Russia, it is illegal to “promote” homosexuality, so getting information about HIV to gay men at risk is challenging. One group, Phoenix Plus, attempts to offer support but relies on funding from the Elton John AIDS Foundation. As the Guardian reports, it can be hard to get men to take an HIV test, let alone start treatment—not just because of stigma but also because many believe that the virus is a conspiracy created in the West.

A Daily Beast article profiling the Irkutsk AIDS Center in Russia, where more people contract the virus from drug use, also documents the prevalent belief that HIV is fake news, often disseminated by local doctors.

How could anyone not believe AIDS is real in 2017? A related New York Times article offers a clue.

Titled “Fingerprints of Russian Disinformation: From AIDS to Fake News,” the article highlights what was called Operation Infektion, a 1980s campaign that claimed AIDS was caused by U.S. experiments at Fort Detrick, Maryland, involving biological weapons. At the time, the Russians understood that AIDS was a divisive topic in the United States because it occurred mostly among gay men and was little understood.

The Soviet playbook for disinformation, the Times reports, was to identify points of controversy (like the internal strife surrounding homosexuality and AIDS in 1980s America), point out inconsistencies and ambiguities (such as the fact that the origin of AIDS was unknown) and then provide meanings to them. In the case of HIV, the incorrect information fabricated by the Soviets made worldwide headlines and fooled many influential people into believing that AIDS was created by the U.S. government.

Russians use the same tactics today, according to experts cited in the Times, but instead of focusing on AIDS-related tensions, fake Russian reports and social media accounts now exploit Black Lives Matter and similar controversial topics.