Goussy Célestin in “Novenas for a Lost Hospital,” during a stop at the NYC AIDS Memorial Courtesy of Julieta Cervantes

Once a Famous AIDS Hospital, Now the Star of a Theatrical Experience

St. Vincent’s Hospital in Greenwich Village was the center of the AIDS epidemic in New York City, especially throughout the 1980s and until the advent of lifesaving meds in 1996. It was where people living with the virus sought treatment and where many died. Today, it’s the site of luxury condos, but St. Vincent’s legacy and history endure, most recently in the form of Novenas for a Lost Hospital, a play that takes place at three different sites in Greenwich Village, including the New York City AIDS Memorial, located in a park across the street from the former hospital. 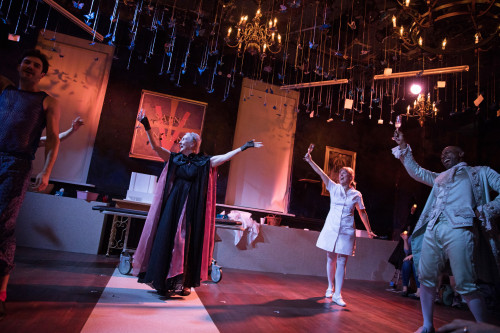 Written by Cusi Cram and commissioned by the New York State Council on the Arts, Novenas explores St. Vincent’s history beyond its role in the AIDS epidemic. As dramaturge Guy Lancaster writes in the Rattlestick Playwrights Theater press release:

“St. Vincent’s hospital was started inside a rented house on East 13th Street in 1849 during a cholera epidemic by four nuns from the Sisters of Charity. It was the first Catholic hospital in Manhattan. Survivors of disasters such as the sinking of the Titanic, the Triangle Shirtwaist Factory Fire and September 11th were treated at St. Vincent’s after it moved to its eventual site on Seventh Avenue in 1856. A devastating new plague, HIV/AIDS, would profoundly affect the institution and the surrounding neighborhood from the 1980s onwards as the hospital became a center for AIDS research and treatment. By the time St. Vincent’s closed its doors on April 30, 2010, 3,500 employees had lost their jobs. The last Catholic hospital in Manhattan was replaced by a luxury condo development.” 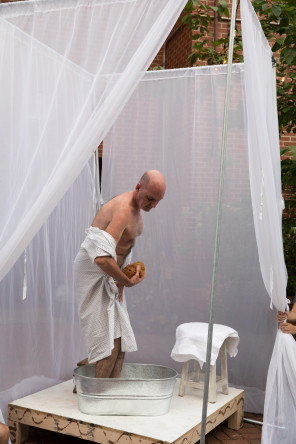 Novenas—the term refers to a nine-day Catholic ritual of devotional prayer—focuses mostly on the hospital’s founding during the cholera epidemic and its status as ground zero for the AIDS crisis, according to New York Times theater reviewer Jesse Green.

“What Ms. Cram seems to intend,” Green writes, “is a theatrical experience built on themes and large social issues rather than on interpersonal conflicts that express them. She is especially interested in the role of women in establishing hospitals and in the role of prejudice (against the Irish, against gays) in testing the limits of care. In that sense, Novenas is more like a historical pageant than a play.” 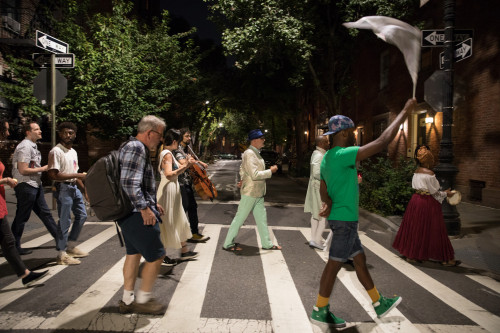 Directed by Rattlestick’s artistic director, Daniella Topol, Novenas stars Kathleen Chalfant, who appeared in the AIDS-themed play Angels in America on Broadway, Ken Barnett (Fun Home), Goussy Célestin and others, including Rafael Sánchez, an HIV-positive performance artist and activist who was a client at St. Vincent’s HIV clinic from 2002 until its closing in 2010. 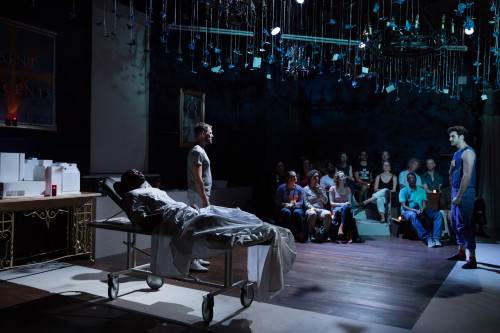 Leland Fowler, Ken Barnett and Justin Genna in “Novenas for A Lost Hospital”Courtesy of Julieta Cervantes

You can listen to Chalfant, Topol and Cram discuss Novenas on WNYC radio here.

To learn more about the New York City AIDS Memorial, which opened in 2016, read a POZ interview with a cofounder here. 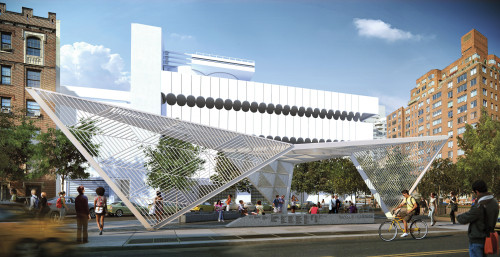 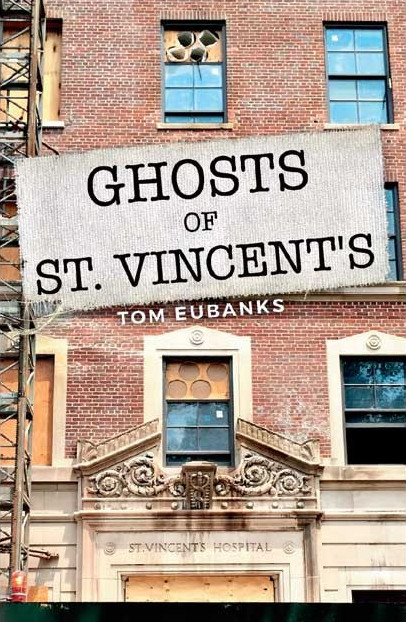 The cover of “Ghosts of St. Vincent’s”

And for a deeper and more personal look at St. Vincent’s Hospital and New York City’s gay scene during the height of AIDS, don’t miss author Tom Eubanks’s Ghosts of St. Vincent’s, about which POZ wrote: “More than a memorial to the hospital…this expansive must-read memoir is dense with delightful (and horrific) details from the early epidemic. Ring a bell: AZT, CMV, Bactrim and Boy Bar?”