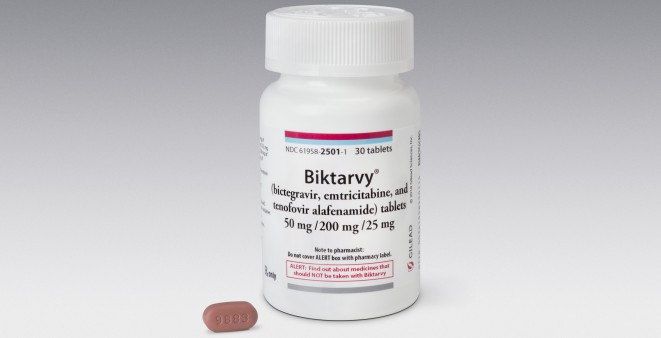 “Biktarvy is a single-tablet regimen that includes a highly effective integrase inhibitor, bictegravir, and that has a very good safety profile,” says Jean-Michel Molina, MD, PhD, of the Hôpital Saint-Louis in Paris, who has led some of the research on Biktarvy.

The FDA has specifically granted approval for Biktarvy’s use among adults who are starting HIV treatment for the first time or who are switching from an effective ARV regimen and who: have had a fully suppressed viral load (below 50) for at least three months, have no history of HIV treatment failure and have no evidence of mutations to their virus that are associated with resistance to the three ARVs included in the tablet.

Biktarvy’s regulatory approval was based on data from four ongoing Phase III trials primarily geared to determine whether Biktarvy suppressed HIV at rates comparable to other ARV regimens after 48 weeks of treatment; on this count, the regimen succeeded in all four trials. Thus Biktarvy was determined to be noninferior to, or as effective as, the other regimens.

Additionally, by the 48-week mark, none of those treated with Biktarvy saw their virus develop resistance to the treatment—nor did any participant stop taking the regimen because of adverse kidney-related health events.

The most common adverse health events reported in the trials were diarrhea, nausea and headache.