Until now, Isentress (raltegravir) had been available only as a twice-daily drug.

Treatment with Isentress HD entails taking two 600 milligram tablets once a day, compared with taking 400 mg of Isentress twice daily. The new drug has been approved for use in combination with other ARVs to treat HIV in adults and pediatric individuals of at least 40 kilograms (88 pounds) who are new to treatment for the virus or who have an undetectable viral load thanks to treatment with twice-daily Isentress. Isentress HD can be taken with or without food.

The FDA approval was based on data from the ongoing multicenter double-blind, randomized, active comparator-controlled Phase III ONCEMRK trial, which showed comparable efficacy and tolerability between Isentress HD and Isentress. The participants, first-timers to HIV treatment with a viral load of at least 1,000, were randomized to receive Truvada (tenofovir disoproxil fumarate/emtricitabine) plus either Isentress HD or Isentress.

Less than 1 percent of those who received Isentress HD developed mutations in their virus that led to any drug resistance.

The two versions of Isentress will be priced the same. Isentress HD should be available in pharmacies in about four weeks. 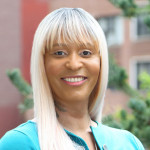 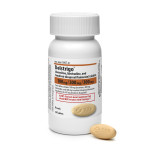