The agency has also lowered the weight threshold for film-coated tablets of the integrase inhibitor.

The Food and Drug Administration (FDA) has approved ViiV Healthcare’s Tivicay PD (dolutegravir), a tablet that disperses when put in water, for use in combination with other antiretrovirals (ARVs) for the treatment of HIV in children who are at least 4 weeks old and weigh at least 6 pounds 10 ounces (3 kilograms).

The Tivicay PD approval is for infants and children regardless of whether they have previously received ARV treatment, with the exception of those who have received another integrase inhibitor—the drug class to which Tivicay belongs.

The FDA has also expanded the existing approval of the 50 milligram film-coated Tivicay tablet for use in children, lowering the weight threshold from 66 pounds (30 kg) to 44 pounds (20 kg).

Tivicay is the first integrase inhibitor that has been approved in a dispersible-in-water formulation.

The FDA approvals are based on the ongoing P1093 and ODYSSEY (PENTA20) studies.

P1093 is a safety, tolerability and dose finding registrational study in infants and children 4 weeks to 18 years old led by the IMPAACT network in the United States, Brazil, Thailand, South Africa, Zimbabwe, Kenya and Tanzania.

ODYSSEY is a randomized control efficacy trial of first- and second-line ARV treatment in infants and children 4 weeks to 18 years old led by the Penta network in Europe, South America, Thailand, Uganda, Zimbabwe and South Africa. 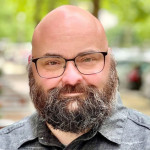