Researchers compared the rate of first-time blood donors who tested positive for HIV before and after the new deferral policy.

In 2015, the Food and Drug Administration (FDA) established a new policy for blood donors that switched from a lifetime ban on donations from any man reporting sex with another man since 1977 to a policy that deferred men’s donations until 12 months had passed since their last reported sexual encounter with another man. This change in policy, a new study has found, was not associated with a significant change in the rate of diagnoses of recent HIV infections in first-time blood donors.

Eduard Grebe, PhD, of Vitalant Research Institute in San Francisco, presented findings from the study at the 2020 Conference on Retroviruses and Opportunistic Infections in Boston.

The FDA established the new 12-month deferral recommendation in December 2015. Blood collection organizations began implementing the new policy between August and December of 2016.

Grebe and his colleagues analyzed HIV testing data from the U.S. Transfusion Transmissible Infections Monitoring System, which since 2016 has monitored HIV, hepatitis B virus (HBV) and hepatitis C virus (HCV) infections in four blood collection organizations: the American Red Cross, Vitalant, New York Blood Center and One Blood. Together, they collect about 60% of the U.S. blood supply.

During the 15 months prior to the deferral policy implementation, the rate of recent HIV infections per 100,000 cumulative years of follow-up was 2.62 diagnoses, compared with 2.90 diagnoses during the subsequent 15-month period. The difference between these figures was not statistically significant, meaning it is likely the result of chance.

After adjusting the data to account for various differences between the members of the blood donor population, the study authors found that there was still no statistically significant change in the rate of recent HIV infections in the blood supply after the 12-month deferral policy was put in place.

The investigators concluded: “There is no evidence that the implementation of a 12-month [men who have sex with men] deferral policy resulted in increased HIV incidence in, and therefore transfusion transmission risk from, first-time blood donors in the United States.” 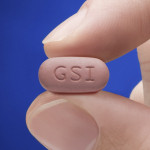