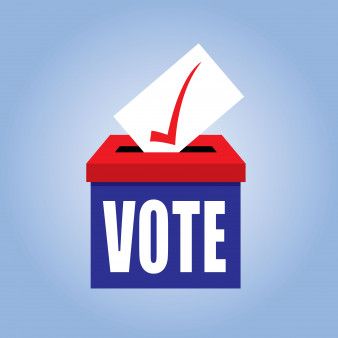 The results of the 2020 election will have many long-term consequences. There isn’t an issue that won’t be greatly affected, including HIV.

I cast my first vote in 1988. i had turned 18 years old a few months before the election. My candidate for president didn’t win, but I was so proud. I finally exercised one of the most important rights we have as citizens.

Much has changed since that election, for better and worse. One thing that remains constant is the urgent need for AIDS activism. The U.S. HIV epidemic is far from over.

Advocacy for increased funding and against stigma and discrimination are as relevant now as they ever were, perhaps more so.

The words on the Vote poster seem as if they could’ve been written today: “The issue is AIDS...where do the candidates stand on treatment research, housing, health care, discrimination? Your vote is a weapon...use it...we are at war.” Sounds all too familiar.

The results of the 2020 election will have many long-term consequences. From climate change to social justice to health equity, there isn’t an issue that won’t be greatly affected. In that mix, of course, is HIV.

To underscore that point, ACT UP New York created a continuing virtual action on ACTUPNY.com that includes information on where each state stands on HIV education, HIV criminalization and Medicaid expansion. Click here to read our adaptation to help you demand action and change.

Speaking with a collective voice is also what a new grassroots organization seeks. Called LatinX+, the group formed in 2019. The network of predominantly HIV-positive activists from across the United States and Puerto Rico will address issues relevant to Latinos living with HIV. Click here to read how LatinX+ will help people living with the virus define their own agenda.

This Latino-themed issue includes many other related stories, including the work of Cristina Herrera. She is the founder and CEO of the Translatinx Network. The group empowers community members to learn from their peers. Click here for more.

Being Latino doesn’t require speaking Spanish. Nonetheless, the language is one of the largest unifying forces that binds Latinos together as a group. Having access to information in Spanish remains vital to many Latinos, including those of us living with HIV.

To that end, the founders of POZ launched POZ en Español in 1997. The publication closed in 2003, but the need for HIV/AIDS information in Spanish never went away. Which brings us to the relaunch of POZ en Español as a pullout section inserted at the center of this issue.

We are excited to relaunch POZ en Español to serve the needs of Spanish speakers today. The issue includes a Spanish-language version of the LatinX+ feature story as well as other relevant content from POZ in English.

POZ Poll: Are you registered to vote?