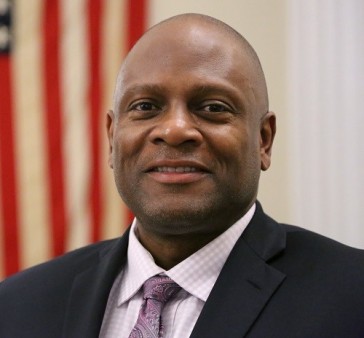 Two months ago, Douglas Brooks, MSW, stepped down as the director of the Office of National AIDS Policy, after serving two years with the Obama administration. This week, Gilead Sciences, a leading pharmaceutical company, announced that Brooks was joining its team as the senior director for community engagement.

In the newly created role, Brooks will lead Gilead’s efforts to support and engage the communities it serves, notably those affected by HIV and hepatitis C virus (HCV). His work will focus on a range of topics, such as treatment access, HIV cure research, hep C eradication and HIV prevention (including pre-exposure prophylaxis, or PrEP).

Brooks “has a rich history of working domestically and globally to strengthen health services for people living with HIV, especially individuals who are part of underserved communities,” read the Gilead announcement. “He is also an expert in building organizational and community capacity to sustain those services.”

Brooks, who is African American and HIV positive, has previously worked at AIDS United, the Justice Resource Institute and the Massachusetts/Eastern Cape Province Task Force; he also served on the Presidential Advisory Council on HIV/AIDS (PACHA).