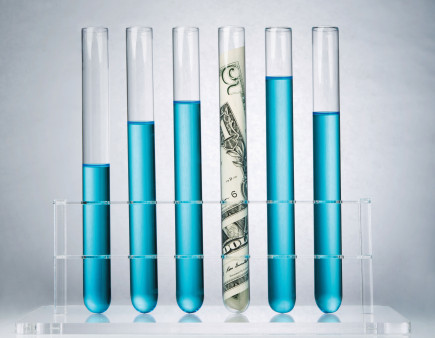 An AVAC report also notes that most research and development of HIV prevention is funded almost entirely by one type of investor.

Financial support for the research and development (R&D) of HIV prevention declined in 2020, marking a drop for the second year in a row and continuing an eight-year trend of either decreased or flat funding, according to the latest annual report on the topic from AVAC, a global organization focused on HIV prevention.

What’s more, the report highlights that the funding relies almost exclusively on the public sector, particularly the United States, and one philanthropic funder in particular, the Bill & Melinda Gates Foundation. 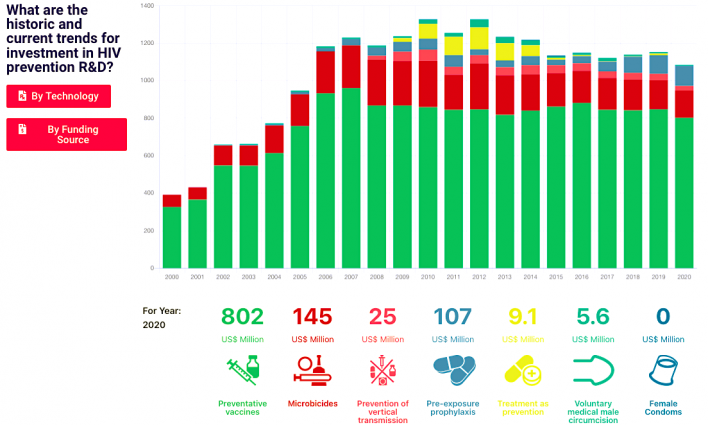 2020 funding trends in research and development of HIV preventionHIVResourceTracking.org

“These concerning trends in funding come at a promising but very demanding moment in efforts to control the pandemic,” said Mitchell Warren, executive director of AVAC, in a press release about the report. “Funding is declining just as the field confronts a new generation of opportunities and challenges.”

Authors of the report—“HIV Prevention Research and Development Investments Report”—analyzed financial investment trends at 215 funders. This marks the 16th annual report from the Resource Tracking for HIV Prevention R&D Working Group, which is led by AVAC in partnership with the International AIDS Vaccine Initiative (IAVI) and the Joint United Nations Program on HIV/AIDS (UNAIDS).

More data from the report can be found on HIVResourceTracking.org, which includes interactive graphics and compares the 2020 data with previous years.

In related prevention news, beginning in January, HIV clinics in the United States could lose over $100 million each year—notably, those that serve Black, brown, queer and Southern communities. Pharma giant Gilead Sciences, which manufactures several blockbuster HIV treatments, is ending a reimbursement system that helps finance the clinics. The situation stems from federal law 340B, which regulates drug pricing. For more details, see “PrEP Programs Face Devastating Loss of Funding for HIV Prevention.”

To forestall the imminent catastrophe, several members of Congress have introduced bills that establish and fund PrEP programs. To learn more, read “2021 Was a Year of HIV Progress; Now Let’s Focus on PrEP Access.”