I had been out of work for a while due to an injury I had suffered on the job, and I was headed to the blood bank to make a donation like I had the week prior. After standing in line for what seemed like an extra-long time, my name was finally called. A woman politely asked me to follow her into one of the doctors’ offices.

I sat there for several more minutes until the doctor and a member of security came into the office. After fumbling through his desk and briefcase, the doctor excused himself, leaving me with the security officer, who never said a word to me, not even when I asked what was going on. A few moments later the doctor returned, carrying a piece of paper. He handed the paper to me, looked me right in the eye, and said, “You have HIV. I’ve already reported your condition to the National Donors Registration Board. You should get retested if you want a second opinion. Have a good day, and this gentleman will show you the way out.”

I did not leave through the front door that day.

I had my first-ever anxiety attack on the way home. I pulled over and cried. I had no idea how I was going to tell my wife. Hell, I was trying to figure it out for myself. Shock, disbelief, and fear rushed through my whole body. I wanted to puke.

I still have trouble describing how I felt that day; my heart was racing so fast I couldn’t think straight. I can remember visions of the movie Philadelphia. I just knew I was dead. And what about my wife, our kids—what had I done? I’d killed us all.

I walked into the house, straight to my bedroom, and sat on the bed. The kids were in school and the baby was with my wife. We had been separated for three months by this time, and she was living with her girlfriend in another apartment in the complex. I called her and asked if she could come over, because I had some bad news.

I sat her down beside me, and as I began to tell her, the tears just flowed out of me. She pulled me to her and we sat that way for a few minutes. Suddenly, she jumped up in a panic. I told her we would figure it all out like we always have. She yelled, “What is this going to do to my girlfriend? To us?” Then she was out the door. I spent the rest of the night alone, feeling terrified and unable to sleep

I finally crawled out of bed after just a few hours and started trying to find out what to do and where to go.

I found some help with Hope Services here in Tulsa. They set up an appointment for me that morning to come get retested. I asked my wife to go with me, but she had to work. “I am on my own,” I told myself.

I didn’t know what to expect as I walked through the doors of Hope Services. I was scared out of my mind, but thank God, I met the most caring people there. They explained everything to me and how the test worked, and they gave me some reading material in order to get educated on HIV/AIDS. A single finger prick later, I was finished. While we waited for the results, they continued to explain everything to me that they could. Two minutes later, they told me, “You are positive for HIV.” The tears began again and we just sat there as I cried. I tried to understand why I was being punished. What had I done wrong? Then the fear hit me like a train. The kids. the wife. What were we going to do? I went outside and called my wife. She seemed to understand and quickly left her job to get tested herself. I found out later she tested negative.

I returned home with a handful of educational material, but I was still unsure how to proceed. I was too scared to give my kids goodnight kisses. I just wanted to wake up from this nightmare and go about my normal life. Again, I spent the night alone. “I just wanted to die,” “They would be better off,” “This is not fair”—these thoughts kept me awake and numb for the next several days. I just laid in bed and didn’t move, didn’t eat, didn’t care.

Since then, I have educated myself about HIV and have fought through the stigma. I founded a free website for people living with HIV, so we all have a place to go and meet others who are positive. I have not forgotten all of those who have helped us along our way; if not for friends and family, many of us would not have been as lucky. So the website is for them too, for anyone dealing with HIV in their lives. I have started support groups as well as education classes about stigma in the local corrections facilities. I want to start a program here in my state to help those who have to deal with HIV get the support they need. I have changed my life to stay the course and to fight the stigma and the wrongs of society when it comes to all of us living with HIV.

What adjectives best describe you?

Charismatic, energetic and outgoing is how I would describe myself. Others may see me differently.

It would have to be my beautiful children, for I would have given up if not for their love and support.

You would think that someone living with HIV might have at least one regret, but I do not. I believe everything happens for a reason, and right now it is my time to fight for those who cannot.

Knowing how loved I am by friends and family and how lucky I am to have them. Sometimes, I’m up half the night in disbelief that even with HIV, I am so blessed.

I would end the stigma, so that everyone with HIV would not feel as if they have to hide, and they could once again join life and live loved.

Be myself and live my life filled with love.

Marissa Smith. This young lady was born with HIV and has only known a life of fighting, yet she has not let that get her down or kill her dreams.

It is and will be for a long time a “thank you” from a young man I will never meet, but I know he would not be here today if not for me.

One man can make a difference. A small group can change the world. We are warriors for life.

I think I would want to be a turtle because I would be slow and easygoing and love life. I would also get to come out of my shell every day and start anew. 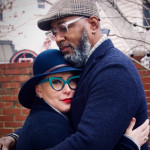 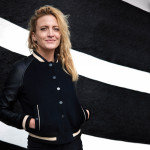