Growing up in the oil-rich fields of West Texas, Christine Harris never imagined exploding gasoline prices would severely affect her quality of life. But today, at 45, this self-employed small-town girl, like so many others living with HIV, must make dangerously hard economic choices. As gas prices pass $4 per gallon, she is often forced to pick between driving to doctors’ appointments and driving to other essential destinations, such as the grocery store.

“Life changes, and you have to go with the flow, but gas prices are prohibiting me,” says Harris. “It’s ridiculous and it’s sad.”

When POZ called her, in early June, at her Niederwald, Texas, home, Harris had just spent $65 to fill her tank, which would have to last her for several weeks. Her nearest HIV clinic: 22 miles away, in San Marcos.

When Harris was diagnosed with AIDS, in 2002, she became heavily involved in the Women Rising Project, an Austin-based support and advocacy group for positive women. Because gas is so expensive, however, her involvement is strained at best.

“I’m active, but distantly,” she says. “The rise in gas prices has sort of forced people living with HIV to slip into a little bit of isolation because we can’t connect with one another.”

The gas crisis has also hurt AIDS service organizations like AIDS Alabama, which serves roughly 1,500 positive people in the Birmingham area each year. The group received $15,000 in federal funding for client transportation in early 2008 through the Ryan White CARE Act. It was already more than 30 percent over budget in June due to fuel costs. The organization operates three vans in Birmingham so that clients—most of whom are low-income—can attend their social service and medical appointments. (Meanwhile, in the southern part of state, one clinic offered free-gas certificates for people who came in for an HIV test.)

“We’re going to have to have some sort of fund-raiser just to pay for gas,” says AIDS Alabama CEO Kathie Hiers. “We’re talking about a very impoverished population. Our clients’ average income is about $8,000 a year, so most of our folks don’t have cars. The ones that do tend to have older gas guzzlers, so they’re not even able to use them at this point.” As in Harris’s case, sacrifices have been made. But Hiers says getting HIV treatment and support should remain paramount in these uncertain economic times.

“People need to understand that they can’t compromise their own health—if they’re going to prioritize stuff, getting to the doctor has to be at the top of that list. They need to work closely with the right service organization to get to their appointments. That’s what we’re here for.” 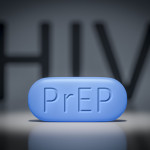