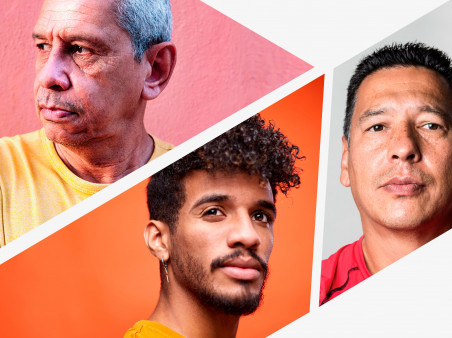 Are Gay and Bi Latino Men With HIV Engaging in Care?

A three-city survey of gay and bisexual Latino men living with HIV offers insight on treatment adherence and more.

The results of the 2018 survey were published in 3-City Study, a 49-page report you can read and download here.

First, the good news, as explained in the report:

The study authors caution, however, that these numbers could be the result of the fact that survey and discussion groups were associated with HIV organizations and that the same numbers were not found throughout Latino subgroups. Also of note, 41% of the study participants were born in the U.S. mainland, 8% in Puerto Rico and 51% in a foreign country.

Older and foreign-born participants, for example, tended to present better outcomes along the continuum of HIV care than younger Latino participants and those born in mainland U.S. and Puerto Rico, according to the report. Younger men were less likely to have a regular health care provider and more likely to struggle with daily adherence to meds. They were also more likely to live with their families and thus face challenges related to disclosure and privacy.

Older men, however, said they had health and social needs that went beyond HIV-related services, including having multiple health issues, such as diabetes, high cholesterol, arthritis and cancer. As a result, they also had to juggle numerous medications (a situation referred to as polypharmacy).

Findings also showed that immigrant Latino men faced challenges in adhering to treatment, including language barriers, lack of health care and worries about immigration status—for example, fear that participation in a health care service could get them deported or jeopardize their chances of obtaining permanent residency.

Other factors influencing these men’s engagement in care included substance use, stigma of HIV and sexual orientation, and fear of rejection.

To better address the needs of Latino gay and bisexual men and men who have sex with men (GBM/MSM) living with HIV, the report concludes with a series of recommendations, summarized as: 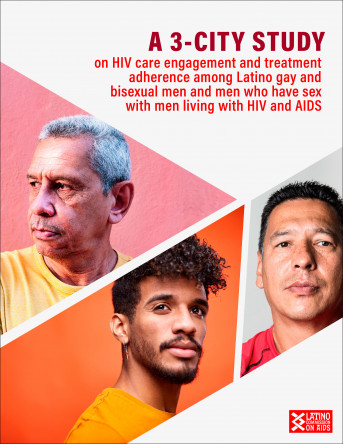 The executive summary explains why the survey and focus groups are needed and places the findings in a larger context. It reads, in part:

HIV incidence (new HIV infections) declined rapidly throughout the ’90s and the first decade of the 21st century due to prevention and treatment efforts, including biomedical interventions. Nonetheless, HIV incidence has plateaued or remained stable over the past years due to lack of effective HIV prevention services and HIV treatment not adequately reaching those who could benefit the most, particularly men of color who have sex with men.

Thanks to End the Epidemic (ETE) efforts, outcomes along the treatment cascade are being gradually achieved, including increased engagement and retention in HIV treatment and undetectable viral loads. With some exceptions, progress along the continuum of care is somewhat similar across racial/ethnic groups.

However, there is a lack of information on barriers and facilitators to ensure that the continuum of care indicators continue improving to achieve the 2030 End of the HIV Epidemic goals, particularly among subgroups of Latino GBM/MSM.…

The small amount of research exploring care and treatment needs among Latino GBM/MSM has overlooked or disregarded important differences in terms of racial/ethnic identities, cultural norms, beliefs, language, acculturation, and immigrations experiences. Better understanding of these particular characteristics, and the needs of mainland-U.S.-born, Puerto Rico-born, and foreign-born Latino GBM/MSM can be used to engage these high-risk and vulnerable groups in treatment efforts in a culturally and linguistically responsive manner.

To learn more about HIV and Latinos, see the HIV in Specific Populations section of POZ’s Basics of HIV/AIDS. You’ll also find details relevant to people newly diagnosed with HIV and those aging with the virus, plus information about transmission risks, treatment, prevention and much more. 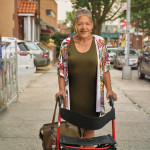