A significant proportion of their sexual partners are apparently other trans women and cisgender men who may identify as heterosexual.

Researchers who conducted an analysis of the level of genetic similarity between individuals’ HIV strains in Los Angeles have found that transgender women are apparently in so-called sexual networks that often include cisgender men as well as other trans women, aidsmap reports. Trans women were the most likely to have HIV similar enough to the virus in others in the Southern Californian city to be considered a part of a transmission cluster.

Manon Ragonnet-Cronin, PhD, a postdoctoral scholar at the University of California, San Diego, reported findings from a genetic analysis of about 22,000 viral strains in Los Angeles County at the 2018 Conference on Retroviruses and Opportunistic Infections (CROI) in Boston. 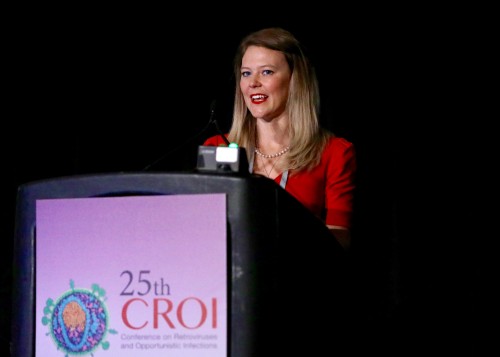 A total of 8,133 (36 percent) of these viruses were apparently in a transmission cluster, with an average of just under five people in each cluster. There were a total of 1,722 individual clusters.

Falling in line with local HIV prevalence patterns, about three quarters of the people in clusters were men who have sex with men (MSM). A total of 382 of the viral samples analyzed (1.7 percent) were taken from trans women, 167 of whom (44 percent) were in clusters. Out of that group, 147 had sex as their only reported transmission factor; the remaining 20 also had drug use as a risk factor.

The researchers also looked at assortativity, a measurement of the likelihood that an individual directly transmitted the virus to another. Assortivity among people who injected drugs was zero, meaning their viruses were no more genetically similar than would be expected by random mixing. This implies that HIV transmits largely sexually among injection drug users in Los Angeles, probably because the city has excellent needle exchange services, preventing transmission through the sharing of injection-drug needles and other drug paraphernalia.

Non–trans women who were in a cluster with trans women were nine times more likely than those who were not clustered as such to have their virus directly connected to other trans women. The implication of this is that there is a significant population or network of cisgender men, who may identify as gay, heterosexual or some other sexual identity, who engage in sex with trans women in Los Angeles.

Ragonnet-Cronin concluded that identifying men who belong to cluster that also includes trans women might serve as an entry point to ultimately contact and bring trans women with undiagnosed HIV into testing services and care for the virus.