Each integrase inhibitor was paired with Descovy (emtricitabine/tenofovir alafenamide) in a recent small trial.

Investigators enrolled 98 people living with HIV who had not taken antiretrovirals before and randomized them to receive, along with Descovy, bictegravir (65 participants) or Tivicay 33 participants) on a blinded basis. Findings were presented at the 2017 Conference on Retroviruses and Opportunistic Infections (CROI) in Seattle.

Most participants were male and did not have symptoms of HIV infection. At the beginning of the study, they had a median viral load of 25,000 to 32,000. Their baseline characteristics were balanced between the two study arms.

“The results were outstanding for both treatment arms,” Paul E. Sax, MD, an infectious disease specialist at Brigham and Women’s Hospital in Boston and a professor at Harvard Medical schoool, who was the lead study investigator, said at CROI.

At week 24 of treatment, the proportion of those who took bictegravir and Tivicay who had a fully suppressed viral load was a respective 97 percent and 94 percent. At week 48, those figures were 97 percent and 91 percent, respectively. The difference between these treatment success rates was not statistically significant, meaning that it could have been driven by chance.

No one in the bictegravir treatment group had evidence of HIV that was resistant to treatment at week 48 of treatment, including the three people who experienced virologic failure.

After 48 weeks of treatment, CD4s in the bictegravir and Tivicay arms rose by a respective 258 and 192.

Both treatments were well tolerated. No participants experienced treatment-related serious adverse health events, and no one died. The most commonly reported adverse health events were diarrhea (12 percent in each treatment group) and nausea (8 percent in the bictegravir arm and 12 percent in the Tivicay arm). One person in the bictegravir arm, who had an existing alergic skin rash condition, stopped treatment because of worsening rash after the week 24 study visit.

The estimated glomerular filtration by Cockcroft-Gault (an indication of kidney function) at week 48 decreased by a median 7 milliliters per minute and 11.3 ml/min in the bictegravir and Tivicay arms, respectively. No participants stopped treatment because of kidney problems.

The results were promising enough to justify the four Phase III clinical trials of a single-tablet regimen of bictegravir plus Descovy that are now fully enrolled.

To read a Gilead press release on the study, click here. 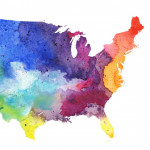 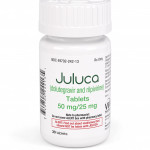 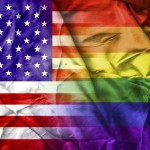 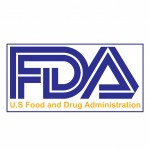