A flurry of good news has global AIDS advocates celebrating advances that seemed unimaginable a decade ago. Specifically, the Joint United Nations Programme on HIV/AIDS (UNAIDS) reports that new HIV infections have dropped by a third since 2001, to an estimated 2.3 million in 2012. The infection incidence among children has plummeted 52 percent during the same period, to 260,000 new infections. After hitting a peak in 2005, AIDS-related deaths have fallen 30 percent after the massive international push to expand access to HIV therapy.

AVAC, the HIV treatment and prevention advocacy group, has conducted an analysis showing that many hard-hit countries have reached a vital tipping point in fighting the disease, in which the number of people acquiring HIV each year is smaller than the number put on treatment. In the winning column are 13 nations such as Rwanda, Botswana, Zimbabwe, South Africa and Ethiopia.

“This is wonderful news,” says Anthony S. Fauci, MD, director of the U.S. National Institute of Allergy and Infectious Diseases. “It shows that the system is working.”

However, he warns that “it’s not time for a victory lap,” stressing that such gains will not endure “if you don’t continue to push.”

Case-in-point, the AVAC analysis found that the average infection/treatment ratio across all nations is still just below the tipping point, dragged down by Nigeria, Mozambique, the Democratic Republic of Congo, Lesotho, India, Burundi, Kenya, Cameroon and Uganda.

Also, the most recent Global Burden of Disease Study identified large national HIV epidemics in which AIDS death rates have no indication of abating, including those in Russia, Ukraine and the Congo. 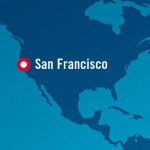