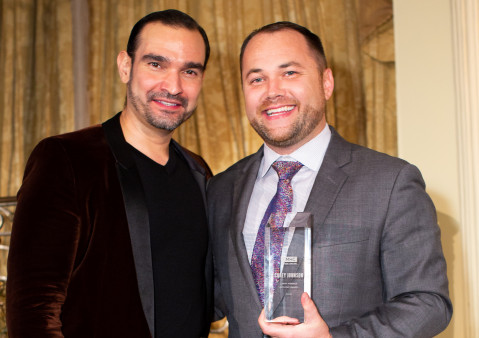 GMHC’s Gala Raises Over $600K for Its HIV Services [SLIDESHOW]

Gay Men’s Health Crisis (GMHC), the nation’s oldest AIDS service organization, held its Annual Gala on October 9 and raised more than $600,000. All the proceeds will benefit thousands of New Yorkers living with and affected by HIV, according to a GMHC press release about the event, held at New York City’s Plaza Hotel.

The evening included cocktails, dinner and an awards presentation, plus a luxury auction and a paddle raise by Christie’s auctioneer Caroline Ervin.

According to GMHC, the following were honored during the gala:

“We have achieved so much in our fight against HIV and AIDS, and today’s treatments are great advances. They are, however, yesterday’s advances,” said GMHC CEO Kelsey Louie in the press release. “But when I worry about how much work still lies ahead, I am full of gratitude that the leaders we honored at our Annual Gala helped make GMHC what it is today, and it gives me hope that so many people in the room were there to continue those leaders’ work and legacy.”