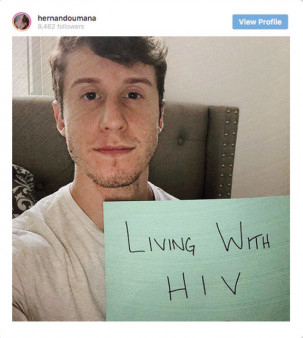 The Good Kind of Viral

When your HIV social media post reaches the masses

“19-year-old Kylie Jenner is worth $900 million and on pace to become the youngest self-made billionaire ever. What are you doing with your life?” asked a cheeky New York Daily News tweet a few months back. When POZ blogger Shawn Decker came across it, he responded: “I was diagnosed with HIV at age 11 in 1987. My parents were told I had 6 months to 2 years to live. I’m turning 43 on Monday, and I’ve spent the last two decades of my life educating about HIV through writing, speaking and laughter.” He didn’t think much more about the post—until he noticed he’d gotten 260,807 likes and nearly 63,000 retweets, not to mention countless DMs.

“I know I’m just a blip on the radar,” he tells POZ, “but the hope as an educator is that some little seed I plant has a positive change in someone’s world.”

Such accidental AIDS activism isn’t uncommon. There’s Tucker Shaw, an editor at America’s Test Kitchen, who posted a series of 22 tweets that told one heartbreaking story about losing friends and surviving the epidemic—so much grief and poetry condensed into so few characters. Then there’s the Broadway performer who took to Instagram to disclose his status. “I, Hernando Umana, am a proud gay man LIVING with HIV,” he wrote under his picture. “F—ck that feels good to say.”

And we’d say these posts feel really good to read! 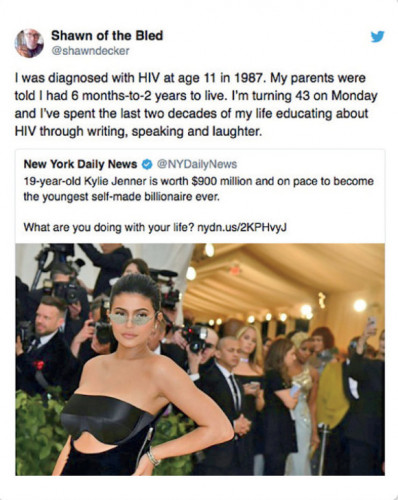 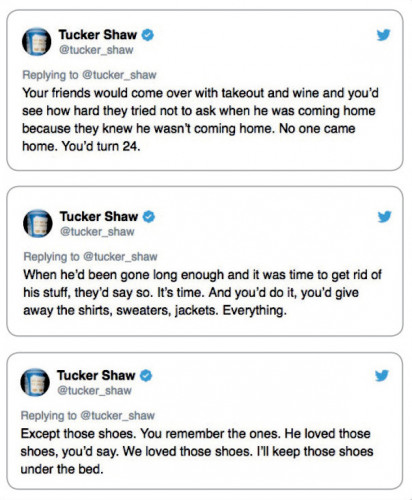