This article has been updated. Please check back with us regularly for our continuing coverage of the situation in Haiti.

A devastating earthquake struck Haiti’s capital of Port-au-Prince and its surrounding communities January 12, reducing many of the city’s homes, government buildings and foreign aid headquarters to rubble. The New York Times reports that the death toll is estimated to be in the thousands.

Haiti—the poorest country in the Western hemisphere—is no stranger to crippling hardships. ABC News reports that 80 percent of the Caribbean country’s estimated 9 million people are living below the poverty line. According to UNAIDS, approximately 120,000 Haitians are living with HIV. Haitians also struggle with tuberculosis, which USAID estimates claimed the lives of 6,814 Haitians in 2007.

About 20 years after the U.S. Centers for Disease Control and Prevention listed Haitian nationality as a primary risk factor for HIV, the country has been ahead in prevention, diagnosis and treatment, The New York Times reported in 2009. Ensuring positive health outcomes for the sick, vulnerable and wounded in Haiti in the aftermath of the quake is a top priority.

And time is certainly a factor. The Wall Street Journal reports that the two main facilities of an AIDS treatment center called GHESKIO were heavily damaged during the quake. According to Warren Johnson, MD, one of the group’s board members, now-impassible roads will make it difficult for people living with HIV or tuberculosis to get treatment.

President Barack Obama issued a response to the quake the following morning, pledging the full support of the United States “in the urgent effort to rescue those trapped beneath the rubble, and to deliver the humanitarian relief—the food, water and medicine—that Haitians will need in the coming days.”

Rescue teams from the United States are en route to Haiti, joined by relief agencies from around the world. The American Red Cross has pledged an initial $1 million in aid to assist affected communities. The World Health Organization is working with the Haitian government to best coordinate international health assistance to the country. UNICEF is deploying supplies such as clean water and sanitation, therapeutic foods, medical supplies and temporary shelter. Doctors Without Borders/ Médecins Sans Frontières has set up clinics to treat the injured.

U.N. Secretary-General Ban Ki-moon said the United Nations would provide $10 million through the organization’s Central Emergency Response Fund (CERF). The U.N. headquarters in Haiti collapsed in the quake leaving many of its officials—including the head of the U.N. Stabilization Mission in Haiti—trapped under the rubble and presumed dead.

The U.S. State Department has set up a toll-free number for Americans seeking information about family and loved ones in Haiti: 1-888-407-4747.

How You Can Help
The easiest way to get involved in the earthquake relief effort is by donating money. The Red Cross is accepting donations on its website, and you can also assist the agency via text messaging. By texting “HAITI” to “90999,” a $10 donation will be charged to your phone bill.

You may also donate to the William J. Clinton Foundation, Doctors Without Borders, Partners in Health and AmeriCares in addition to other groups spearheading relief efforts.

For other ways to help—including volunteer opportunities—contact the Consulate General of Haiti in New York City at 212-697-9767. Click here to visit its website.

“People with HIV can help make a difference in Haiti right now,” Aid for AIDS founder and executive director Jesús Aguais told POZ. “If we go to our medicine cabinets and have medication sitting there that’s still good—and preferably sealed—we can help minimize the suffering people in Haiti are going through, so at least they don’t have to worry about their HIV treatment being interrupted.”

“If we have learned anything from past disasters, including HurricaneKatrina right here in the U.S., marginalized communities, especiallypoor people with AIDS, end up being further marginalized by reliefefforts that don’t take them into account,” Housing Works President and CEO Charles King said in a statement. “Housing Works has committedits relief efforts to giving PWA-led organizations life-savingmaterials and supplies that they can distribute to the people theyserve."

King blogged from Haiti to provide updates on the group’s mission there.

Housing Works has also teamed with Aid for AIDS, the Caribbean Women’s Health Center Diaspora Community Services and a coalition of Haitian AIDS groups to open three clinics in Port-au-Prince to provide emergency care to HIV-positive Haitians and their families.

“We respectfully call on President Barack Obama to exercise his executive authority to grant temporary protected status to Haitian nationals,” Guillermo Chacón, president of the Latino Commission on AIDS, said in a statement. “By granting TPS to the Haitian community in the United States, President Obama will ensure the continuation of family-to-family support during this difficult time of crisis that has devastated to our sister nation who is in greater need now than ever.”

M·A·C AIDS Fund
Immediately after the quake, the M·A·C AIDS Fund (MAF), which supports HIV/AIDS efforts in Haiti through its Caribbean Initiative, gave $125,000 each to three MAF grantees in Haiti—the William J. Clinton Foundation, Partners in Health and GHESKIO—for their disaster relief efforts.

“Natural disasters continue to be the harshest on people who can bare it the least, which is the world’s poor, and that’s what we see here,” MAF executive director Nancy Mahon told POZ. “There’s a lot of people doing terrific work around this, and we’re just thinking about the people of Haiti and the staffs of the groups that we are working with and trying to make the biggest difference that we can.”

She continued, “In terms of AIDS, we had seen a lowering of the HIV rate in large testament to GHESKIO, Partners in Health and the government there. And I think there’s proof that the ‘test and treat’ approach makes a difference in terms of prevention, but this [earthquake] is certainly a setback. We have many people who are fighting for their lives [in Haiti], let alone not taking their HIV medication. And we have plenty of people who are bleeding. So I think this cannot help but have a really horrific impact on the AIDS epidemic there and the people living with HIV within the bundle of the larger issues.”

We will post more information as it becomes available. 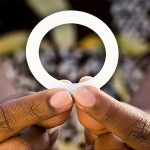 WHO Recommends Dapivirine Ring for HIV Prevention, but Not Alone