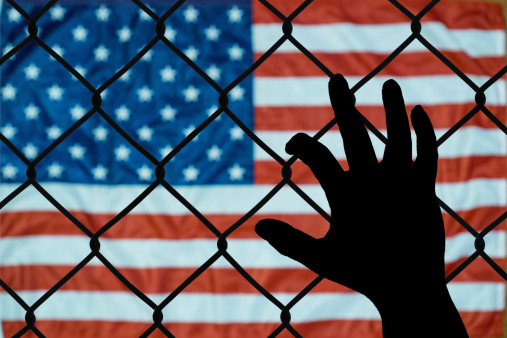 Or when a transgender immigrant locked up by ICE is bleeding from her rectum and needs medical care?

The immigration crises at the U.S. border may not be getting top billing in the news cycle these days—thanks to the new coronavirus and the 2020 election—but two recent reports show that the situation remains dire, especially for asylum seekers who are transgender and/or living with HIV.

In a particularly horrifying incident reported by BuzzFeed News, a transgender immigrant who was detained in a New Mexico jail by Immigration and Customs Enforcement (ICE) told staff she was bleeding from her rectum, but she didn’t receive urgent care for 13 days; when she did, she learned she had HIV.

That’s just one of many instances of medical neglect documented in emails from Homeland Security investigators to ICE personnel. The situation at the Cibola County Correctional Center in Milan, New Mexico, was so bad that many detainees had to be transferred. Cibola is the only immigration facility specifically for transgender women.

Documents obtained by BuzzFeed show that detainees didn’t receive prescribed medication—including for HIV, diabetes, epilepsy and tuberculosis—and that proper sanitation and quarantine procedures were not followed, even during outbreaks of chickenpox and mumps. In some cases, people with urgent medical needs were not even seen for nearly two weeks.

“This is not one red flag—these are major red flags of medical malpractice going on,” Paul Spiegel, director of the Center for Humanitarian Health at Johns Hopkins Bloomberg School of Public Health, told BuzzFeed News. “They just don’t meet the basic standards of care.… If this were a health department at a restaurant in a neighborhood, they’d slap a ‘closed for business’ sign on the door.”

Meanwhile, The Washington Post examined several instances in which asylum seekers were HIV positive. In many cases, people were fleeing situations where they were physically threatened and could not access their lifesaving meds. What happens to them?

Under the Trump administration’s Migrant Protection Protocols—aka the “Remain in Mexico” policy—asylum seekers are sent to Mexico to await their hearings; some are now being sent to Guatemala. They are supposed to be supplied with three months of meds from the Mexican health ministry, the Times reports, but that supply can be hard for migrants to obtain. What’s more, many wait six months or longer for their hearings. U.S. officials don’t offer any advice on how to obtain meds while waiting in Mexico.

In one of several cases documented by the Times, an asylum seeker named Daniel couldn’t find meds in his home of Venezuela or in neighboring Colombia, so he tried to come to the United States. During his ordeal, he watched his CD4 count drop below 200, the threshold for an AIDS diagnosis. Twice so far, U.S. officials have declined to parole him in the United States.

Making the situation more tense, Mexico’s president has cut the country’s health budget. In fact, people with HIV in Mexico City took to the streets last month to protest a shortage of HIV meds.