HBO has canceled the gay TV series Looking, according to Variety. The series followed a group of gay men in San Francisco, including the HIV-positive Eddie, played by Daniel Franzese. Plotlines of the show included HIV testing and taking Truvada as PrEP, or pre-exposure prophylaxis.

The series just ended its second season on March 22, but HBO says it will film a special to wrap up the story.

“After two years of following Patrick and his tight-knit group of friends as they explored San Francisco in search of love and lasting relationships, HBO will present the final chapter of their journey as a special,” HBO said in a statement. “We look forward to sharing this adventure with the shows loyal fans.”

According to LGBT media watchdog group GLAAD, as of earlier this month, there were only two recurring HIV-positive characters on all of television: In addition to Eddie on Looking, Oliver Hampton, in the season finale of How to Get Away With Murder, found out he was living with HIV.

And then there was one. 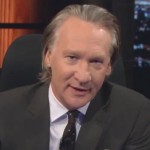