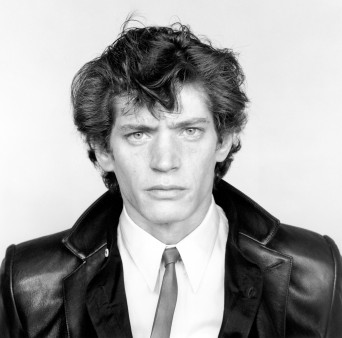 You’ve no doubt seen his celebrity portraits, his black and white flower still lifes and his sexually explicit S&M images. This April, you can see the man behind the camera and the controversy when HBO airs Mapplethorpe: Look at the Pictures.

Coinciding with two retrospectives in Los Angeles, the documentary examines the life and legacy of Robert Mapplethorpe, who died of AIDS-related illness in 1989 while embroiled in a national culture war over art and sexuality (the film’s title references a quote from then-Senator Jesse Helms, who deplored the artist’s work).

Filmmakers Fenton Bailey and Randy Barbato promise: “Even his most shocking and forbidden images are included without blurs, without snickers—in other words, exactly as the artist intended.”

Also in the works: Showtime will air a miniseries based on Just Kids, rocker Patti Smith’s loving memoir of her relationship with Robert Mapplethorpe in the gritty New York City of the ’60s and ’70s. No word on who will play the two icons, but if you read or listen to Just Kids you’ll discover a transcendent friendship and a true work of art.