The first of a new generation of drugs to treat hepatitis C virus (HCV)—Victrelis (boceprevir)—was approved by the U.S. Food and Drug Administration (FDA), according to an FDA announcement May 12. The new drug, developed by Merck & Co., practically doubled the cure rate of people with the hard-to-treat genotype 1 strain of HCV.

Nearly 70 percent of the estimated 3.2 million people in the United States infected with chronic HCV have the difficult-to-treat genotype 1. For them, the standard course of treatment with pegylated interferon combined with ribavirin means enduring up to 44 weeks of grueling treatment that frequently causes serious side effects—with only about a 50 percent chance that they will achieve what most experts call a cure for the disease. Response rates are much higher in those with the more rare genoytpes 2 or 3 and the course of treatment is typically shorter.

Those odds have improved substantially with the approval of Victrelis. In Phase III clinical trials in people new to HCV therapy, the addition of Victrelis to standard therapy increased by nearly twofold the number of people whose HCV levels remained undetectable for at least six months after treatment. About 63 percent of those who added Victrelis achieved a cure, compared with only 38 percent of those who received standard therapy. As has been the case in previous HCV treatment studies, non-black study participants did better than black study participants.

Victrelis does bring additional side effect concerns. Rates of anemia—already a common and potentially debilitating side effect with standard therapy—increased by about 65 percent in those new to HCV therapy who added Victrelis, and the rates more than doubled in those who’d failed previous HCV treatment.

Victrelis must be taken three times per day. The recommended procedure for taking Victrelis includes four weeks of standard therapy alone (called a “lead-in” dose), followed by the addition of Victrelis for a variable length of time depending on a person’s previous use of HCV treatment and how much Victrelis suppresses HCV levels at early time points.

The FDA is expected to approve another new HCV drug, this one from Vertex Pharmaceuticals, this month. Given that so many other HCV treatments are following close behind and that some might—when used in combination—eliminate the need for interferon and ribavirin, experts are excited by this new HCV treatment era that had been ushered in by the approval of Victrelis.

“Regardless of the ultimate success of this drug, it’s a harbinger of a great new era in treating patients with hepatitis C,” Scott Friedman, MD—chief of liver diseases at the Mt. Sinai School of Medicine in New York City—told The New York Times. 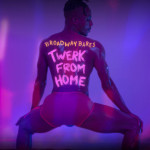